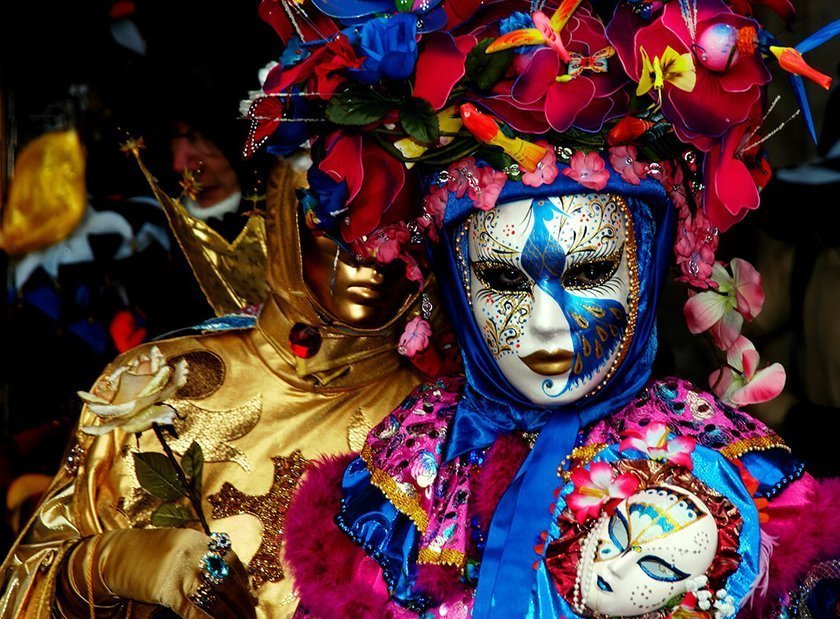 But what's being concealed?
L

ast week, I took my two-year-old daughter Julia to her first dental appointment. We’ve been brushing her teeth now for a while, and I had prepped her with a Peppa Pig video about going to the dentist.

But once we got there, she was still terrified. I sat in the chair and held her, as the hygienist went through every little tool at hand — the soft-bristle brush, berry-flavored tooth-paste, and little round mouth mirror. The oral mirror was the only thing Julia tolerated, long enough at least for the dentist to count all twenty of her teeth.

Julia…. when it comes to my teeth, look, don’t touch….

Challenges aside, the appointment was not traumatic, which the hygienist explained is the only goal. And Julia managed to charm everyone: from her gingham outfit and her chubby, dimpled cheeks and two front teeth, to her steadfast skepticism about the whole process.

It occurred to me sitting there that Julia was the only person not wearing a mask, since my Florida county’s ordinance enforces mask-wearing for those aged six and older. It also struck me how strange it is to meet people for the first time masked, as our dentist did. You can’t read facial expressions or see smiles. Recognition of body language is automatically diminished.

I had dressed nicer than usual that day, if only because I had someplace to go, a rarity in quarantine. Asking me to swing my legs around in order to hold Julia a different way for the examination, the dentist paused. Perhaps she’s admiring my new shoes, I thought vainly. But no. This being Florida, she said, “I see the mosquitoes have gotten your legs as bad as they’ve gotten mine.” In fact, I’d been bitten just outside her office while waiting to be admitted. So blame the bites on social distancing rules.

Her comment made me blush, but behind my mask, who knew?

Like most reasonable people, I embrace mask-wearing as a small sacrifice to help keep people as safe as possible. And I’m dumbfounded by those who reject the scientific evidence on masks as tools of virus prevention.

But lately, I’ve been contemplating other possible benefits of masks. Historically, in the early days of the Venetian Republic, masks put all people — from slaves to noblemen — on equal footing. Their faces concealed, people had more voice. But concealment eventually gave way to vice, hedonistic parties in which all faces were hidden, and masks were eventually banned. They were reintroduced just four decades ago as part of Carnevale, the Venice carnival.

I never participated in Carnevale when I lived in Italy, but once a friend there told me, metaphorically, “You need to learn how to wear a mask.” Meaning: don’t be so transparent. Since childhood, I’ve been wearing my feelings on my face. Although friends laud this as my “realness,” it’s also useful to know how to conceal. As Emily Dickinson wrote, “Tell all the truth but tell it slant.” Which doesn’t mean lying, but just as poetry is itself often veils truth, we too, can moderate our expressions as necessary.

In the early days of the Venetian Republic, masks put all people on equal footing.

For a long time, I associated concealment with being fake à la Holden Caulfield. At Catholic elementary school, I had many examples of “fake” behavior through the nuns, who played favorites and sucked up to powerful families. Public school was a little more transparent, but I still begrudged insincerity, and my budding bullshit detector would find a purpose in journalism.

But practicing that trade also involves some strategic concealment. You don’t generally reveal your sources to other journalists, for example, and journalists are used to being “courted” by sources.

Which brings me to the rules of romantic courtship. I once read an article comparing American and French rules of intimacy, which concluded that Americans are much more direct and tend to “share all” to a greater extent than their French counterparts, who maintain a bit of “mystery” with each other — an element believed to sustain intimacy rather than unfetter it. A British friend told me that she once dated an American man who early in the relationship announced that they were officially “dating.” That label killed the romance, she said.

Certainly, honesty is important in any meaningful relationship — even that with a reader — for building trust. But as a poet and mentor recently told me, “Be truthful, but you don’t have to reveal your underwear size.”

It’s also possible that I’m trying to find associative silver linings in our awkwardly masked society. After all, masks are here to stay, at least for the time being. We might as well learn how to wear them well.