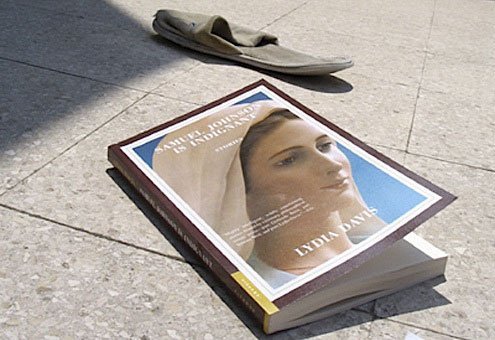 “Gentlemen, this tan… it’s from reading. I sit on my terrace and read.”
O

wn a cubit of caramel skin and you get a boat. Forget choice. Snub reality. That sunny orb on a July pedestal shamlessly bakes the below to suit a season’s jumpy hormones.

“Ah,” say the waiters, and coo at my unfilled wine glass. We know. “Mah,” they murmur, gesturing at my cheeks, far browner than theirs. They help themselves to my conjured affluence.

I sit dumbfounded as they recount the fable of my darkening.

“You’ve been on your boat,” they chortle.

This excites them. It promises the sudden sex that secret agents exude but never have. The others are now stirred. “Look at that tan!” — guarda un po! They wink. Boat, they repeat. Una barca! Che bello!

This is not a legitimate response. They know I do. They also know its length: 20 meters. I am wealthy, they proclaim. Benestante — Well to do. I am a rich American who cruises the coasts of Italy on behalf of the CIA. I am a tanned op on the ready. It’s all about deep cover. With it comes a girl, an apostrophe of a blonde. She’s my daiquiri, companionable to every port of call. She’s the girl they’ve made up for me. The boat, meanwhile, they christen Ficchina, which I do not translate.

But I do not have a boat.

To them, this is but tepid dissent and false modesty. My protests rankle them.

They’ve decided my boat is docked at Fiumicino, a port near the airport. It is guarded by gorillas, the Italian word for hired hands. I speed by night to my Casablanca in a jet-black Porsche. Porsche! Another exciting word. Porsche. They shush it through their mouths in unison. Bella!

Another waiter intervenes with new intelligence. It’s not a Porsche I have but a Maybach. A Maybach Excelero. 700 horsepower. Killer body. Warp drive. Cost: $8 million. The CIA does these things. Fico! they yowl. Cool. Bella.

But I do not have a car.

I drive the Maybach from my garage to Fiumicino where attendants in stippled cotton wait with the blonde apostrophe and a coded map of coasts. I sip Caipiriñas from a tray and call Langley, where I get my next assignment. The next day, I beckon the sun from the prow. My tan is automatic. The apostrophe has a name, Olga. She comes and goes but mostly comes. She wears a D&G Tarragon-colored minikini. Bella.

Once upon a time I’d try to explain.

I’d say, “Gentlemen, this tan… it’s from reading. I sit on my terrace and read.” Hours and days at a time. No boat, no apostrophe, just me and books, baked to a crisp.

But it didn’t work.

Not possible, they said.

A cover story, they insisted.

You speak languages, they observed.

I conceded to their improvisation years ago. I let them feud over my tan’s origins. Salad and chilled white wine before me, I didn’t mess with my legend.

But things have changed. Maybe it’s age. Maybe myths have a lifespan and hot tidings get cold. The collapse of the dollar against the euro hasn’t helped. The CIA could have stopped that but didn’t. It could have deployed me, the boat, the Maybach, the apostrophe named Olga. Instead, the dollar got limp and no one cared.

Which suddenly made me considerably less fantastical — an underprivileged American Yankee in King Europe’s moneyed court. Caramel flesh no longer turns the trick. My adventures have been auctioned to the mundane.

Wearing my best tan, I await the latest tales of my 007 life. But they lack traction. The waiters see me and nod, “Been reading a book?” they ask mildly.

Olga, meanwhile, has moved on.

She’s now in Monte Carlo with an almond-eyed Spaniard named Omar. The Dutch have repossessed the car.

My boat was purchased by an Italian industrialist who loans it to a Russian oligarch. . The two push natural gas through Albania. Neither pays taxes. Both own soccer teams.

How the mighty have fallen, I think. How the CIA has sloughed and failed me.

Maybe someone will now take pity and bring me wine. After all, I once owned a boat.