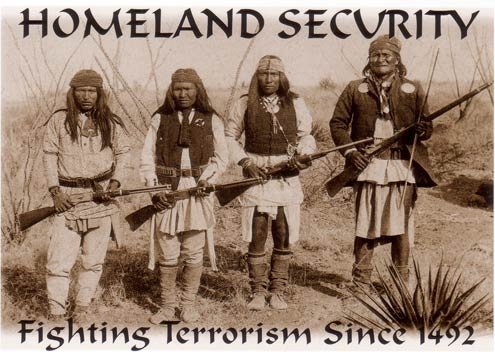 Only terrorists overstay their visas: Perspective is in the eye of the beholder.
M

Traveling and I were getting along fine — jetting to far-off continents, living abroad — until last year, when it betrayed me so much I suddenly felt like our pact was fizzling. Not for lack of trying to iron things out.

The year of traveling badly started last summer with a big plan to go to the United States with my husband Simon. There was my youngest brother’s wedding in Michigan and our friends’ anniversary party on the other side of the country. We were to drive America’s long highways, camp under the stars, eat hamburgers and drink Coca Colas with the windows rolled down. After that, we would help our friends move the other way across country, drive together through the southern states, probably stay a night in New Orleans, camp and eat large American breakfasts.

Our plans were shattered in an instant in the basement of Boston’s Logan Airport where employees of Homeland Security arbitrarily wave their iron fists at foreign visitors.

The problem originated five years ago when Simon overstayed his tourist visa. We were living together in Oakland, California, went through with a civil marriage, and began to fill out forms to get him a Green Card. But family matters pulled us out of the United States and we abandoned the Green Card process.

Before we left Italy for Michigan last summer we acknowledged the possibility that Simon might not get in, but cheerfully dismissed it because we’re good people, he works for the United Nations, and is married to an American citizen.

But Homeland Security officers are not good or pleasant people. They spoke down to us with ugly demeanors that belied autocratic power. Their tight regalia made them appear more rigid and upright, sitting like despots behind their computers. I think they wanted to kick me out, too.

Poor Simon was escorted back to the same plane that we’d just flown in on, while I pulled myself together and began to figure out what I was going to do in Boston, a city I had never been to. Instead of our five-week tour of the States, I stayed in Michigan for two.

Fast-forward to our next missed trip last autumn when a family member’s sickness caused us to cancel a long weekend in London. Next, fast-forward to last weekend when I couldn’t get out of bed, so we were grounded yet again. Missing three trips must be a charm: é basta!

We did manage to travel several times last year, to Brussels, to Florence, to France, and to Giglio (yes, “Costa Concordia” Giglio) for a summer week.

Regardless, 2011 reminded me of just how precarious a relationship with traveling can be. Something I’ve always taken for granted — calculation plus plane ticket equals trip — is in fact uncertain and dependent on chance. Maybe just because we planned on traveling frequently, we ran into frequent incidents.

The only thing left is to try again. We’ll get airline tickets to somewhere interesting, somewhere distant; to a country I have trouble spelling, Kyrgyzstan. Meantime, I’ll practice, starting with a weekend trip to Naples.