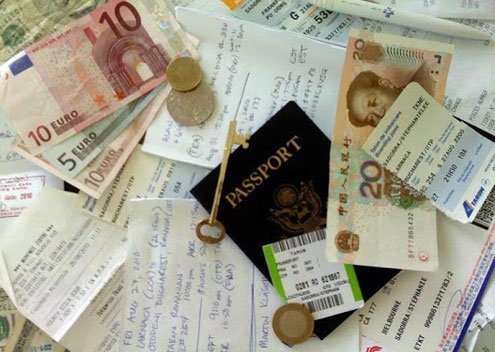 Traveling should provide an opportunity to open the mind and experience the world as it is. Photo by Stephanie Sadorra.
T

oday I officially quit a job that I would have loved to have a couple of years ago. The job was content writing for the website of a tour agency that sold Italian trips and tours. I quit only because I had taken on too much work, and the tour agency job, which paid the least, was the first to go.

Yet quitting also relieved me of a familiar, internal tugging, since for a long time I had felt that the Italy I was being paid to write about and sell was a smokescreen — which made me an unscrupulous smoke blower.

Let me explain further, à la Raymond Queneau, the French writer who swore by the necessity of perspective. Let me take a simple Roman scene and describe it as I would for the tour agency:

“After just one step into the center of Rome you’ll be blown away by its pervasive beauty. Take a walk to the stupendous Trevi Fountain and admire the masterful work of architect Nicola Salvi. You might want to recall the scene in the film La Dolce Vita and invite the buxom blond or handsome Italian gentleman besides you to take a dip into the fountain’s clear waters, especially if you’re visiting in summer. But the closest you can get to those shimmering waters should be toss a coin over your shoulder to ensure you’ll be returning to the amazing Eternal City.”

It’s impossible to deny that impressionable minds (some of them American) are fed a bucolic countryside vision of “Sunny Italy” that offers up endless olive groves, undulating Tuscan hills, and cypress trees glued to the skyline. Rome is advertised always ancient and always romantic. I was being paid to feed that dependence.

That’s fair enough in a way, since a tour agency selling Italian visits tries its best to produce what it thinks people expect. It swears by superficial, even misinformed impressions and will do anything in its power to shield traveling clients from any other version of Italy. I could delve into the psychology of such illusions and dependencies, but that’s a risky door to open in limited writing space.

Instead, let’s try looking at the same simple scene as I see it:

“Stepping into Rome’s historic center can assault the senses. A walk to the Trevi Fountain will see you overwhelmed by crowds of people flooding through narrow streets. Once there, you’ll find hawkers selling fake purses, sunglasses, and anything else you’ll never need. You’ll also find restaurants boasting overpriced, reheated pasta. The closest the area gets to reflecting La Dolce Vita (made when much of Italy was still poor) is black-and-white posters sold by every vendor of the movie buxom blond, Anita Ekberg, wading through the fountain with that handsome Italian gentleman, Marcello Mastroanni. If you can’t resist superstition, by all means push your way down the marble stairs to try to toss a coin over your shoulder into the fountain’s clear water. Try not to get crushed.”

Tongue biting and restraint are a part of any job. In fact, they’re part of what distinguishes a job from a passion. With one, you do what you’re told and take home a paycheck; with the other you’re true to yourself. Yet, as a trained writer I believe the shortest way to a story’s core is telling the truth. And that made me a horrible salesperson. I faked enthusiasm about Italy unwillingly, and it probably showed.

Aside from the moral issues of right and wrong, of truth and illusion, what bothered me most about endorsing a myth of Italy is that traveling should provide an opportunity to open the mind and experience the world as it is, not as the recipient of preheated cover stories that may or may not correspond to what’s actually in front of you. Traveling is among the best ways of discovering the inexhaustible vastness of the world. If you’re coming to Italy, why let yourself be trapped by the Francis Mayes’ picturesque Tuscan Sun? Open your eyes and see for yourself. Look carefully. Ask questions. Then decide what is and what is not scenic, stupendous, and amazing.

That’s why the writing on this site is so vital to me. On these virtual pages are honest accounts of what it’s like to live on this beautiful but complex peninsula. The impressions, experiences, and retellings are wide and reflect the stories of real people who live the day-to-day in the actual country called Italy.

It could be that I take my writing passion too seriously. Maybe I’m trying to jot away the guilt that can go with quitting a job. But at least now I finally have the chance to focus on writing about Italy the way I want to, outside the clichéd lines so many publications cling to and demand. Sad to say, it’s a freedom that few who write about this country ever get.