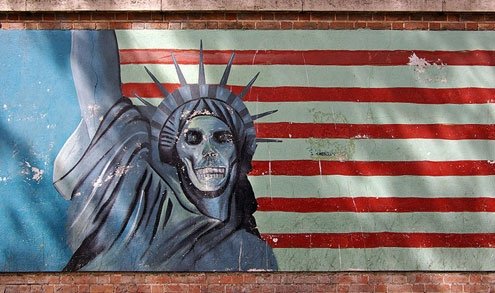 ommemorative anniversary as it involves September 11 is a rite of brooding. Two prime-time stunts warmed to the mood. The first was an ongoing proposal to build an Islamic center near Ground Zero; the second an ill-advised plan to burn Korans by an agitprop pastor in Florida who shrewdly refused to cancel the event until keypad havoc went viral.

Both American and European pundits seized on center and pastor to imbue the anniversary with the breathless malaise it needs to come alive on cue. “Only a spark,” wrote one leading columnist, “separates resentment from uprising.”

Though the agitation was typical, the writer failed to mention which of the planet’s many resentments might morph into a general uprising, and under what circumstances. Nor did he weigh the latest alleged malaise against the 10,000 history offers as dead-end condiments.

Bad news is the oldest global opiate, and gluing economic discontent to religion’s festering fires puts the world on an instant brink, a terrific bonus among those in need either of distraction or a menace-fix, or both.

Which begs the question whether this orange-coded September 11 is really any more brink-worthy than its eight predecessors.

The answer is no.

Instead, it’s the anniversary’s celebrants who crave a brink. Somewhat short on raw material, 9/11’s professional rememberers feels around for gossipy thimbles of memorized dread. As teenagers fall love with love, a new generation of mostly affluent and constantly chatting adults listen hard for dire melodies. Attentive to their mortality but otherwise bored, they use the dire as a means of identity.

Thrall has always drafted conflict and copulation, villains and betrayal, so much so that Shakespeare depended their variations for dramatic oxygen.

As a result, September 11’s look-back scribes favor the worst of times over the best and treat the memory of calamity as a harbinger for the Next Big Thing. The closer the 9/11 anniversary gets, the more the media vocabulary reads like apocalypse warmed over. The words rage, crisis, disaster, mayhem, trauma, anger come up repeatedly, with particular homage to intimations of decline.

Media-central America is particularly prone to decline-mongering. Unencumbered by the identity crises that still plagues oft-humiliated Europe, it can demean itself for sport, none the worse for wear.

But American wariness, unlike the European version, is picky.

The last time decline made headlines so often was the mid-1970s. A president had resigned after a lengthy corruption scandal; U.S. dependence of foreign oil bared weaknesses in natural resources; Islamic revolutionaries had overturned a key ally in Iran (soon producing a year-long hostage crisis); the economy was bruised, with Japan ascendant; high unemployment and high inflation produced dreaded stagflation.

“On the brink” seemed the norm. Then as now, most Americans told pollsters the country was stuck in reverse. Though much has changed since the 1970s, sensitivity to decline has not.

In the midst of so much grief, angst, and manufactured sentimentality, a nasty but vital piece of the 9/11 lesson is inevitably censored as heresy. The question facing the 2001 terrorists and those behind them was how to hatch and carry out a plot that would literally stop the world in its tracks. The answer involved the most terrible and improbable kind of imagination, ingenuity and unspeakably wicked bravery.

Those three traits, spun positively, are the stuff of American Dreams. Revived and differently applied, they could help rid a once-ingenious country of its now decade-old self-indulgence. No such luck. The threats of new, potential evildoers are instead begged to keen endlessly, sounding the decline-fest, which in turn keeps not only America, but also the world, on timorous hold.