Ronnie, Johnny — and “others” 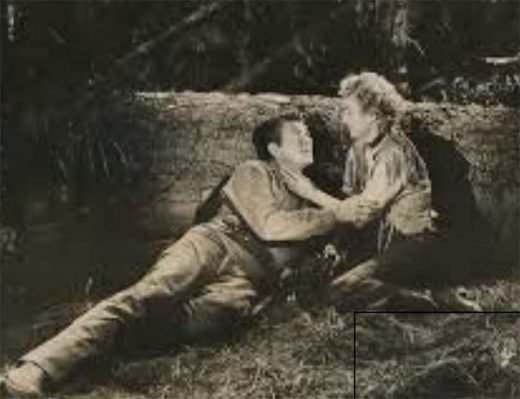 y brother-in-law likes to tell stories, almost all of them about the behavior of people — how they walk, eat, dress, and think — and what these details reveal about the way that they live in the world. One of his stories involves an Oxford anthropologist in New Guinea. In the course of his research, our Oxford man questions a New Guinea woman. Are her parents alive? Is she married? Does she have brothers and sisters? If she came into money, with whom would she share it?

It is at this point in the story that the tables are turned — the New Guinea woman is curious as to what sort of life an Oxford anthropologist leads, so she becomes the questioner, asking him some of the same questions he has just asked her.

“In America, everybody is called Ronnie and Johnny and things like that. Don’t they have any good names?”

“Nobody?” she checks. “Is your mother living? Is your father?”

He answers yes to both questions.

She then asks him whether he has any brothers and sisters. Again he answers in the affirmative. And she is perplexed because this Oxford don believes what is so utterly strange to her — that his wealth is his own.

Occasionally, I have been privy to similar scenes.

My boro phupu — that is, the elder of my two paternal aunts — once said to me, “In America, everybody is called Ronnie and Johnny and things like that. Don’t they have any good names?” Though Ronald is a perfectly sound name, there was no Ron I felt compelled to defend. I did try to shed some light on John. “No, Phupu,” I said, “John is a good name. It’s a version of Yahya.”

Muslims believe that John the Baptist, who is known to them as Yahya, is a prophet; his name cannot be silly.

At the time, I did not laugh. To live in that awkward, misshapen space between worlds is hardly comfortable, but lately, her words have become the armor I wear under my shirt.

In the last few months, I have miraculously landed myself a job as a server at a retirement home. Do I enjoy it? That is the question the old folks asked me during my first few weeks. I did not answer that though I like hearing them speak to each other and to me, I make a shoddy server. Sometimes I forget to give them their green beans, or their bread, or their butter, or their napkins. One day I gave all the coffee drinkers tea.

They have treated me with unwarranted kindness. Yet during those first few weeks, they asked certain questions and made certain assumptions that made me wonder whether a person like me has any place in the midst of a group of domestic Americans.

Several have trouble with my name. “It’s only three syllables,” I told them, “and most of them vowels.” One gentleman asked where my name was from. I told him it was Arabic. So he asked about my language, and when I had come to this country.

“My language? That’s English,” I said, “and I came here five years ago.”

I did not ask him whether Elizabeth, who sits at the same table as he does, speaks Hebrew (she has a Hebrew name).

I puzzle them: someone who is not an immigrant, someone who says she is American and Bengali (where on earth is that?), someone who was not born here. To the people who ask, I give all the essential facts — my mother is American, my father is from Bangladesh (yes, it’s a tiny little country right next to India). Yes, I speak Bangla, though I can’t say anything too complex. Yes, I speak English, too — I am speaking it right now. I do not say what I feel, which would be, “I don’t have a culture or a people, so let me have a language.”

The facts, however, are not acceptable to everybody. One woman wishes upon me a history even more convoluted than the one I possess. This woman happens to attend the same church as my grandmother, so the two of them see each other very occasionally.

Several have trouble with my name. “It’s only three syllables,” I told them, “and most of them vowels.”

It is a curious thing to have one’s mother mentioned to one as a curiosity, but that is how the woman chose to address the situation.

The woman in the home told me how she’d seen my grandmother’s daughter, who was wearing a — what do you call it?

Some days later, the woman caught me in the kitchen, washing dishes, and she lingered in the doorway. Was my mother married to my grandmother’s son?

“Yes,” I said. I was hoping the noise of the washing up would drown out her voice, and her presumption. If my mother were adopted, would that make her being a Muslim more reasonable?

She did not leave, so I set aside the dishes for a moment, and turned to address her. “Religion doesn’t run in the blood, you know. It’s between the person and God.”

After this conversation, I thought often of my phupu asking why Americans had names as infantile as Ronnie and Johnny. Sometimes when I’m pushing the food cart, I look at the elderly residents and think, my phupu would think you all mad. Your whole world would be crazy to her. It comforts me to know that however staunchly these good old Midwestern people believe that they represent the gold standard of universal normality, my phupu believes with equal vigor that it is her world that possesses internal coherence.

As for me, I don’t believe any group of people is exempt from being ridiculous. I’m just glad to be able to regard this segment of humanity through my phupu’s eyes — because laughter is armor.