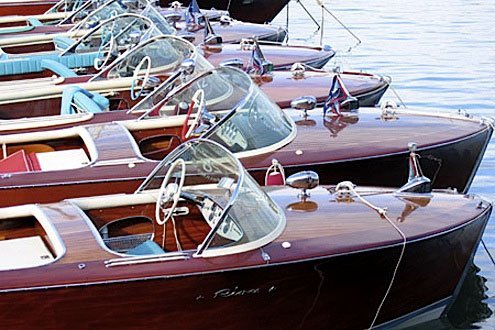 he way Alessandro Corsini tells it, the painter Michelangelo Merisi is running like crazy along a narrow Italian beach under a burning sun in a mad attempt to get to a boat where brigands are trying to steal his art. Then, suddenly, he collapses.

According to records, Michelangelo Merisi, aka Caravaggio, died on Monte Argentario, this rocky promontory north of Rome, in 1610. Most guidebooks insist Malaria was the cause. Not true, counters Corsini, who says it was typhoid. He’d also prefers it if you called him marquese, or marquis, in deference to his noble roots.

Corsini is a stickler for details. According to his recounting, Caravaggio lost a game of pala corda (a kind of Renaissance predecessor of tennis), killed his adversary, and fled Rome, first for Naples and then Sicily. Headed back to the capital under papal pardon, he disembarked on the Argentario peninsula. Soon after, he was reported dead at the age of 38.

“He had been robbed of his artwork which he was going to use to bargain his arrest warrant. He gave chase to the boat he believed had his work on board,” says Corsini, whose Florentine family has for a century maintained a villa in Porto Ercole, one of the jet-set promontory’s two major ports.

Running along the Feniglia beach under a hot sun in an attempt to halt the craft, Caravaggio fainted. “He was then brought back to Porto Ercole on the Argentario peninsula where he died,” says Corsini, referring me to a document, discovered a few years ago in a local church that reads, “After a short illness Michelangelo Merisi from Caravaggio died here on July 10, 1610.” Malaria, notes Corsini, is usually not a “short” illness; typhoid can be.

The Corsinis are Argentario mainstays. Their memories, even embellished ones, give this great rock and its rich coasts tremendous flair. Since the mid-1960s, Argentario has become one of the most elite destinations on the Italian mainland. Throughout the summer and into the early fall its two main ports, Porto Ercole and Porto Santo Stefano, are as stuffed with yachts as fishing craft. Cala Galera, near Porto Ercole, is yacht central, with luxury-craft bearing home ports from England to California.

Daisy Corsini, Alessandro’s sister, recalls antediluvian Porto Ercole, in the late 1940s. She would use a rowboat, christened Turandot, to tender the few arriving yachts. Giacomo Puccini was a family friend and his inspiration for Turandot came during an afternoon passed in the local botanical garden.

The Argentario peninsula is the jewel of the maremma, which combines the words “mare” and “montagna” and represents the hilly swampland along the seacoast edge of Tuscany. Rising above the turquoise surface of the Tyrrhenian, Monte Argentario is technically a peninsula because two slivers of prehistoric land, melodically named tombolo Gianella and tombolo Feniglia, attach it to the mainland.

But where fishing and trade once dominated Argentario’s economy, tourism is the new ticket. While not all of Argentario’s visitors are wealthy, most are Romans — the promontory is 150 kilometers from Rome, 200 from Florence. Visitors flock to snorkel in translucent waters or prowl thick bush where wild boar make an appearance. Caravaggio’s Feniglia beach is a protected EU-wildlife sanctuary, as is much of the maremma. A pine forest runs the length of the twin cables of land, making them a popular destination for cyclists and campers. In recent years, country tourism, known in Italy as agriturismo, has also sprung up.

But yachts are not the only way to sail away. Luca Di Leo, a financial journalist in Rome with a cottage at Porto Santo Stefano, claims he uses what’s called a “gozzo,” a wood-framed fisherman’s craft, in heading to Giglio, the nearest of six islands of the Tuscan archipelago. His claim is greeted with skepticism among those who note that the journey to Giglio is a half-day trip by sailboat. Giglio, largely barren and without running water or electricity three decades ago, now has its own developments, and a ferry that connects it to the rock year-round.

Fishing is still an industry, though significantly more modest than a century ago. Porto Santo Stefano boasts 40 boats, the biggest small fish fleet in the Tyrrhenian, says fisherman Franco Ballenano. At 50, he looks every bit a man of the sea: tanned, broad-shouldered, someone who spends 180 days a year at sea, as he claims.

Ballenano spends mornings fishing on his gozzo and afternoons repairing his 2.5 kilometer net. Over lunch he retells local history while insisting I eat his catch the fisherman’s way: with my hands. After he finishes, he smokes. “We are not so much Tuscans as Neapolitans,” says Ballenano. In fact, Argentario gained prominence when Spain occupied Naples (under Charles V and Philip II) and much of the pirate-infested west coast during the Presidi period between the 16th and late 18th centuries. The Spaniards built coastal fortresses and fishermen moved in from the southlands to mine coral, feed the troops and maintain the occupied territories. The fishermen cultivated wine, olives and fruit. Legend holds that the Argentarians were amphibian.

An annual regata, deeply rooted in family tradition, commemorates an incident in which eight Porto Santo Stefano men escaped their pirate captors and rowed to Argentario grottos and safety.

The row-boat regata, known as the palio marinaro, covers four kilometers and is the longest such race in the world. In a measure of tradition, you must have a father or grandfather from Porto Santo Stefano to participate in the race. Like Siena’s horse race palio, which pits rival “contrade,” or neighborhoods, the summer regata is a battle between the four “rioni” of the port city. The night before, on August 14, an icon of the Madonna is carried through the town. Porto Ercole has a similar race on June 2, honoring the town’s patron saint, Erasmus.

If the salt of the earth, and water, resides among the old-world fisherman, luxury’s epicenter may be found at a hotel called Il Pellicano. Founded by Englishman Michael Graham and American Patsy Daszel in 1965, the hotel sits on a spot its original owners thought resembled Pelican Point, California, hence its name. In its early years, Charlie Chaplin was a guest.

Now managed by Italian Roberto Sciò, the hotel rests on a rocky ridge above the old town of Porto Ercole. He runs the hotel with an eye toward maintaining “an atmosphere of the intangible,” he says elliptically. But there’s nothing elliptical about the cost of the rooms (€500), the ratio of staff to guests (150 to 50) or the number of months in advance Sciò recommends booking a room (three).

But does Sciò know how Caravaggio died? “Sure,” he answers. “He killed someone and had to get out of Rome, or he would be arrested. He was on his way back with the police after him. He got sick and died in Porto Ercole.”

Ah, but was it malaria?

Chef Siro emphasizes the simple seafood. “It should taste of the fish,” he says. House specialties include the antipasto dish and octopus marinated in spices (polipo agli aromi). After that, there’s rombo al forno, orata, gallinella, and (seasonally) pesce spada. Local reds include “Il Martello,” from heart of the maremma, and Il Morellino di Scansano. Whites include “Ildebrando di Pitigliano” (similar to a Sauvignon, says Siro) and “Fior di Ansedonia” from Capalbio in the maremma. Via del Molo, 25. Porto Santo Stefano; Tel. 0564.814.457.

Off the molo’s end in Santo Stefano, Da Orlando (which opened in 1947, before the tourist rush) has terrace dining with a view toward the islands. Owner Andrea Buelli credits his success to wife Gisella Ambrogetti, Da Orlando’s chef. House specialties include dentice, orata, and spigola. Try spaghetti da Orlando alla pirata, pasta with a white fish ragù. Via Breschi, 3. Porto Santo Stefano; Tel. 0564.812.788.

About the Author: Valerie McGuire