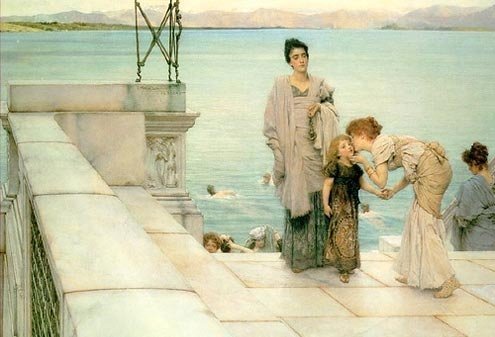 The upper class-driven Grand Tour was dominant in the 18th-century and included seeing ancient sites in Italy and Greece.
J

ourney is a word to unleash dreams. A journey, to my mind, implies traveling for more than a few weeks. A journey is the opposite of tourism and a synonym for exploration. We take journeys to gain new perspectives and knowledge of the world usually limited through the narrow scope of everyday routines. And often we return with the feeling of having accomplished something momentous, a feeling not easily explained.

Historically, journeys were the domain of a few lone adventurers and their crew who braved the unknown world. They often aimed for something concrete: the North Pole, the ends of the earth, the circumnavigation of the globe. And there have been mass movements of travel such as the Grand Tour — the 18th-century trek to the great cities of Europe — and the Hippie Trail, a mid-20th-century pilgrimage to points further east; groups of people who traveled together or singularly, motivated by common interests.

Today’s journeys are more difficult to define for their diversity. More people travel abroad, for a greater variety of reasons, than ever before. There are more countries and remote locations open to visit, and more ways to get there.

When I took off to Europe with a one-way ticket and a backpack in my early twenties, most adults told me, “Do it while you’re young.” It seemed an agreed upon truth that traveling is to youth what settling down is to adults. The benefits of traveling while young are immeasurable. Some of the best people I know saw more of the world by the age 25 than the average person at 50.

The routes open to a young traveler usually fall into two categories: studying abroad or backpacking. While the demarcation line between the two often blurs, they are quite different. In general terms, backpacking is an independent venture, partly dependent on personal planning and partly on whim. Study abroad is usually organized by a second party, and less flexible as a result.

While study abroad is a great way to get out of your comfort zone and get to know another country, backpacking is best to push past the limits of comfort. Study abroad comes equipped with a fair amount of safety nets; independent travel does not.

When I walk through Trastevere on any given evening, I can’t help listening to all the English. Hearing these many voices resonate along the cobbled streets, it’s hard to believe that study abroad students make up only one percent of the American university population. It may well be that study abroad programs now overshadow backpacking as the best way for young Americans to see Europe.

Considering the dollar-to-euro exchange rate and high prices for hostels — compared, for instance, to Southeast Asia — it makes sense that college aged kids wouldn’t have enough money to kick it around the continent. But study abroad is equally pricey, so the discrepancy must have to do with the programs available and the very real American tendency to avoid an international journey.

With only slightly more than 30 percent of Americans holding passports, it’s the traveling itself that counts.

As an American, the continent you will most likely visit on a holiday is Europe, and backpacking is a classic introduction to wandering from country to country. It’s also a great way to whet an adventurous appetite.

But if your intent is to venture further afield, I advise using study abroad programs, whose safety nets prove helpful the more divorced you are from your native culture, particularly in places where independent travel can feel more like a free fall.

One of my favorite travel quotes is John Steinbeck’s opening line of “Travels with Charley”: “When I was very young and the urge to be someplace else was upon me, I was assured by mature people that maturity would cure this itch.”

Like Steinbeck, I’ve been scratching at my “itch” with the same intensity for years now. The first time I backpacked in Europe I was 18. My backpack was way too big, my first and last lesson in packing. The intoxication that ensues whenever the word “journey” is mentioned has been nurtured over the years through a variety of channels. Young travelers beware what you’re getting into: You may be changing the course of your life.