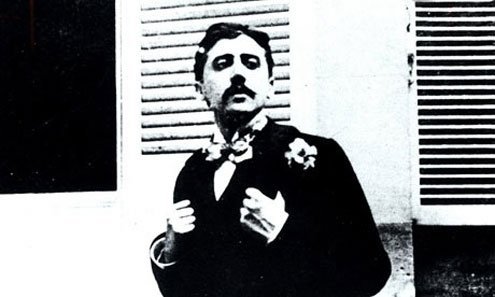 good friend just had his new book savaged by a major newspaper. The reviewer wrote crankily and rudely, in keeping with cranky and rude times. If leaving no stone unturned is child’s play, going for the jugular is positively cool.

Even the American president, ushered in on a wave of good feeling, can do little right. Errors doom him not to scorn but to loathing. The ugliness that decorum once limited to dens and dining rooms now circulates through the talky planet’s newly personalized and polarized chat. If 40 is the new 20, then public adolescence is the new maturity and hate the mother of invention. To disdain is to affirm.

At the same time, biblical Ecclesiastes had a leg up on life’s vicissitudes when he suggested that the rising sun never saw a single new thing, at least not in terms of human foibles.

As disagreeable as a nasty book review can be, bad blood is old hat. Literature reveled in battlefield carnage, with rejecters and disdainers frolicking at will. Only their public sound was muted.

Flaubert’s 1856 “Madame Bovary” was savaged this way: “You have buried your novel under a heap of details which are well done but utterly superfluous…” The superfluity eventually won out.

Before selling millions, Stephen King’s “Carrie” was smacked around: “We are not interested in science fiction which deals with negative utopias. They do not sell.”

Norman Mailer’s “The Naked and the Dead” was first spurned as “barely publishable,” while one publisher called Bernard Malamud’s 1957 novel “The Assistant” “superficial and unconvincing.” Both are now acclaimed. Vladimir Nabokov’s “Lolita” manuscript left one self-styled “enlightened Freudian” reader “overwhelmingly nauseating.” He recommended the book be “buried under a stone for a thousand years.”

Comic ignorance also played a role. Publishing George Orwell’s “Animal Farm” wouldn’t make it in America because “it is impossible to sell animal stories in the U.S.A.” H.G. Wells’ “War of the Worlds” fared little better at the end of the 19th century, deemed “an endless nightmare” that the public would respond to by saying, “‘Oh, don’t read that horrid book.'”

Poets were even more exposed

In 1895, William Butler Yeats got a 2010-style roasting. “I do not say it is obscure, or uncouth or barbaric or affected,” wrote his reader, “tho’ it is all these evil things…” Ezra Pound, who worked for Yeats, got his consonants slam dunked in 1912: “The opening line contains too many ‘r’s.” Emily Dickenson’s first efforts were “devoid of true poetical qualities,” with the addendum: “Queer — the rhymes were all wrong.” Former American poet laureate James Dickey’s first book was likened to “cryptograms” — with a mule-kick finale: “I simply have no idea what he’s talking about most of the time.”

Some misreads proved epic, particularly when books became hit movies. The English translation of Pierre Boulle’s “The Bridge Over the River Kwai” got four words: “A very bad book.” J.G. Ballard, the author of the 1974 “Crash,” was considered “beyond psychiatric help…”

A century before, a little-known British writer obsessed with colonial-era themes and convinced he had talent struggled mightily at the start. “I’m sorry, Mr. Kipling, but you just don’t know how to use the English language.”

The brief suspension of snarls and gleaming brass knuckles was no assurance of more. Malcolm Lowry’s “Under the Volcano,” widely considered a 20th century masterpiece, got nowhere with its first reader (“he is given to eccentric word-spinning…”) and fared little better in kinder hands: “Its quality is too rare to be successful.”

But few writers got as hard a slap as a certain Frenchman, whose rejection note began as follows: “My dear fellow, I may be dead from the neck up, but rack my brains as a may, I can’t see why a chap should need thirty pages to describe how he turns over in bed before going to sleep.”

As it turned out Marcel Proust had more than 30 sleep pages in him, and all of them were ultimately published.