On goats, grunts, and God 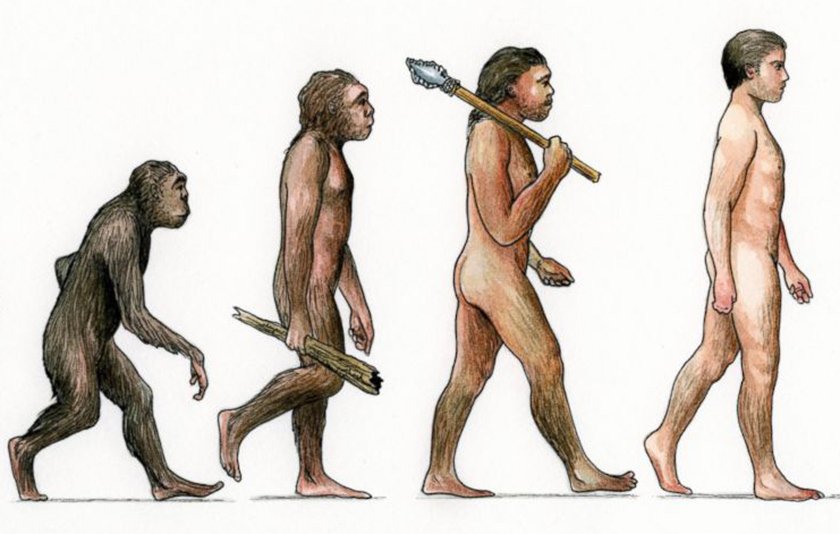 Perhaps some errors along the way.
P

erhaps you are one of the idiots who believe in God and in angels, and maybe even in the devil. If you are one of these idiots, you might have to contend with the view that faith is contrary to reason, or that God — that supremely reasonable Being — is contrary to reason. Or you might hear it said, by those who like to read Richard Dawkins and the New Atheists, that belief in God is the equivalent of belief in flying tea kettles. But they are talking tosh. And if what you believe is so improbable, well, they believe quite a thousand improbable things every day before breakfast. The fact is, so long as you agree to believe most of the improbable things they believe, they will be so good as to let you indulge in a few idiosyncratic beliefs of your own. So what if you do believe in God or angels? So long as you accept germ theory and stem cell research and gender theory, your private beliefs are quite harmless.

But what are some of these modern beliefs that are so improbable? Evolution, for one.

Did you not feel, burning up within you, a jealousy for the utter distinctness of goats from giraffes?

When, as a child, you first learned of this theory did it not strike you as odd? Did you not shudder when you imagined that first goat, the one that turned into a giraffe, tilting its head up, trying and failing to reach those high leaves till bit by bit its neck gained length? Did you not feel, burning up within you, a jealousy for the utter distinctness of goats from giraffes and giraffes from goats?

Well, maybe not. I’ve noticed lately that the more people make it a habit to believe improbable things, the easier it gets. If, from the time you are two, you are used to looking at pictures in which a creature resembling a monkey is followed by a series of monkeys who are increasingly bipedal, followed by the dimmest looking boor you ever saw, it might seem natural as ice melting into water.

However, the idea of a grunting man descending from a tribe of apes is a difficult one to maintain. Add to that that the grunts supposedly, after an age, turn into speech, into the ABCs, and Handel’s Messiah. Well…

If it is intelligent to believe all that, it may behoove us to pray for stupidity.

Why? Why should I say it is stupid when all the scientists, and all the eminent men of letters, tell us that whether we like it or not, it is so? Men have descended from apes, all creatures crawled out of the primeval slime, and something came from nothing. God is not great enough to call the world out of nothing, but physics and chemistry are great enough to make all that nothing thunder with a bang and issue forth all the race of stars, of anteaters, of gibbons.

Far be it from anyone to say that reality is as we would have it, but must we spare nonsense its blushes?

We are told that evolution is indisputable; the fossil record, among other things, testifies to it. If you don’t believe it, you may be referred to Archaeopteryx, that prehistoric missing link between the reptile and the bird. But consider the dearth of these transitional examples. Now, you may be told that this is so because the fossil record is, by nature, imperfect; the vast majority of living creatures do not fossilize at all.

If nature really is driven by a process of trial and error, where is the evidence of all those errors?

Okay, argument accepted. However, there is an enormous mathematical improbability involved in this argument. Not every baby conceived by a woman is structurally sound. There are birth anomalies so severe as to make survival virtually impossible, but not all of these babies are stillbirths; many are born to live a few minutes, a few hours, a day or two. If nature really is driven by a process of trial and error, the errors must always be more numerous than the successes. Where is the evidence of all those errors?

Where are the unviable babies of the dinosaurs? Are we really to believe that only creatures as seemingly perfect as Archaeopteryx were brought to birth and preserved in the fossil record? What are the chances that every single one of the millions of billions of the deformed — the three-eyed apes, the hippopotami with limbs coming out of their backs — left no record of themselves?

Maybe somebody reading this is an evolutionary biologist, or simply much more knowledgeable about all this. I am not a biologist, and since, for a few years, instead of going to school, I stayed home reading poems, I never learned basic chemistry. This is simply an average person’s critique of certain popular notions.

However, even the unlearned are led by their reason. And reason suggests that the whole idea of evolution is especially problematic. Think for a moment what it implies, if it is true. If everything emerged from a single-celled organism, which emerged from a blind mumbo jumbo in that ancient ocean, if Tyrannosaurus rex became a chicken, and a Pleistocene ape became a human being, what is the meaning of species? Can we legitimately claim that there are such things as definite types? Does it not mean that there is no such thing as a cow or a human being, only stages in the development of beings who are perpetually in the process of becoming? But becoming what? What is there to become? They cannot become themselves. There is no such thing as a nature, no such thing as a self to become, no such thing as a kind of thing; a cow cannot become a good cow any more than a human being can become a good human being. A good cow was once supposed to be more fully a cow than a bad cow, a good human being more fully a human being, but in this order of logic there can be no such things as cows and human beings. If all is change, then all is nothing.

And if this is how the matter stands, we might as well give up the writing of columns.