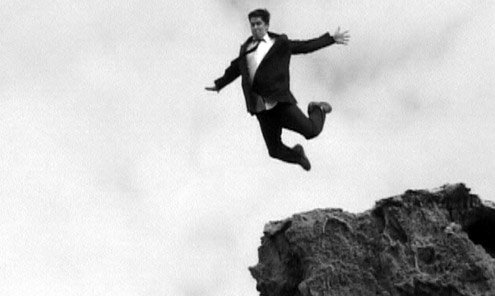 You have to understand the impact these kinds of things have seen from the vantage point of those who grew up weaned on America...
A

t lunch with a friend in the café of a Rome art museum. She orders a small plate of salad and mozzarella from the buffet. Rome can sometimes resemble Manhattan, or strive, which isn’t necessarily a bad thing.

“Growing up,” she begins, “we all admired the United States. It was an amazing place of limitless possibilities. It was the mother of invention. It was the world leader. In American, anything could happen in a second. If we were chaotic, it was organized, or seemed to be. The government, the president, the congress, and their decisions — they all had a harmonious sense.

“Now, though, with what’s happening, this stall, this deadlock, it seems so incredible, that it can happen; that government can come to a halt, and accept the idea. It seems more… Italian. I read the Financial Times a few days ago and they were worried about the consequences of no agreement being reached by the 17th [the default date], and what effect it could have globally, as if they were more concerned than Americans. The same is true with the Japanese, who are also worried.

“Again, when I was growing up America set the example. And that’s what troubles me: that it has stopped setting the example, and maybe sees no need to. It seems to exist in isolation from the world.

“Yet this was the country that acted as a reference point for others. It was the country of common sense. It was a place of civility in government. It had ethics and responsibility and obligation. Yes, of course, it also had flaws, but Italians still saw it as the country to which this kind of thing — a government stall — couldn’t happen. Because to let it happen would set a bad example for all democracies, and America led by example, even when it decided to go to war.

“What other country could elect a black president, transforming everything in an instant? Not Italy, and we knew that. It wasn’t just a political decision but a society deciding to transform itself.

“I listened to some Tea Party representatives the other day. What they were saying was translated into Italian. What struck me wasn’t just the tone, and the anger, which is striking, but also that they couldn’t seem to put themselves on the wrong side of things, or even imagine what it might be like for them, if they were poor and needed health care, which I know is expensive there. They seemed above it all. Again, all of it seemed more like Italy, and Italy is an abandon-ship country.

“So, you have to understand the impact these things have seen from the vantage point of those who grew up weaned on America, so to speak, and many Italians were. It’s all so difficult to understand, and to swallow, because it destroys the illusions you had about how a certain place worked in a certain way and wouldn’t let you down — seen from the outside, of course.

“Americans probably don’t understand this, or wouldn’t — they have gotten to used to their own country, or what it’s become. For them maybe the conflict, the rhetoric and the stoppage are just an internal matter, or a political game. Some say if the country defaults it doesn’t matter because it is a domestic matter. I wish America would remember the older brother-like role it took, and remember those who appreciated that role, the non-Americans who looked up to the American model.

“Maybe I’m naïve. I certainly know it’s easier to break something than it is to praise it. I know it’s easier to argue and to insult to reconcile. I understand differences of opinion. I understand that national default doesn’t mean bankruptcy. What I don’t understand is why a country would hurt itself without thinking about the consequences the damage might have on others. The reputation of a nation isn’t private. It’s not about what side of the bed you sleep on. It’s whether you believe in the idea of a house in which others live but everyone lives respectfully, and hopefully, maybe even feeling pride that others aspire to the same kind of house.

“There’s an expression here, about restaurants: ‘It takes 20 years to build a clientele but 20 minutes to lose it.’ The idea is that it doesn’t take much for the people who once loved you and praised you to become upset, and walk away.”

The check comes to about $10, which she pays. We have coffee, talk about the rainy weather, kiss on both cheeks, and she heads back to work.