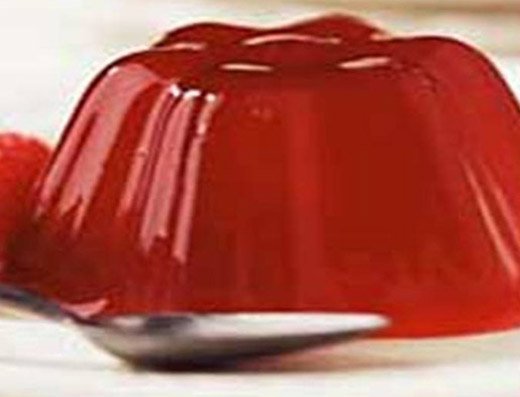 Please, just Jello-O, and stay away from my dark heart.
A

long time I ago I had an ovarian cyst. The way it happened was this: one fine morning, quite out of character, I decided to visit a family I didn’t know so well. They had four children, all of whom had visited our house not so long ago. We’d all had fun. I think we made crafts out of paper, snowflakes and things, which we then gave to the cat to tear up. The mother of these children worked in the same place as mine, so I could go to work with my mother to then be taken to the other kids’ house. This seemed like a reasonable enough plan.

But as I was leaving the house I began to have doubts. Should I really go? Wouldn’t it be weird? Would I even enjoy it? Wouldn’t I much rather stay at home?

I was “saved” from having to visit — by a stomachache. My mother sent me home. I went straight to her room and lay on her bed. My father kept looking at me worriedly and gave me a bowl full of porridge I couldn’t eat.

In the coming weeks everybody kept looking at me worriedly. It was a stomachache of great proportion, the size of a whale maybe.

Jell-O was mildly sweet and as cold as the refrigerator, perfect for a sick person.

I was offered many things to eat and threw them all up, even water. All I really wanted was something cool and refreshing. I wanted Jell-O. Not being raised in America, I did not associate it with hospitals. It was mildly sweet and as cold as the refrigerator — what else could a sick person ask for?

Of course there were lots of trips to the doctor. It was during this time that I learned what truly icky people doctors are. After all, what do they do? Poke and prod at you and nothing else besides.

The doctor who performed the ultrasound felt very sorry for me. You would have felt sorry for me too if you’d seen me at the time. I was very young and the sort of child that an adult might find quite pitiable.

The doctor squirted the ultrasound jelly on my abdomen and scrolled the cold mouse-like device over me and said, “She is so innocent.”

I scoffed at her inside my head because I hardly felt innocent at all. I thought if she could only look inside my soul she would see the festering sickness within.

She did not know, for example, that I had punched Mustafa. Mustafa was a boy in my class at school who I always found extremely annoying, and at least once a year I gave him a sound punch (he received another one when he insulted my cat).

And that was hardly the worst of it, for I could cast my mind back to something far worse than violence. When I was perhaps no older than three I had a friend who lived next door. We used to twirl in front of the china cabinet, chanting Bie, bie, bie!

This friend, who I shall call Petunia, had a new baby brother.

My own brother was a charming little rascal who stuck chewing gum in my hair. He was beloved in those days by every adult who knew him. He was a much more engaging child than I ever was for he actually spoke to you. He was naughty, but sociable. I knew perfectly well that however much chewing gum he ever stuck in my hair he was a splendid boy — the most splendid boy under the sun.

However much chewing gum he ever stuck in my hair he was a splendid boy.

So imagine my little black rage when I heard Petunia’s father saying that he would name his newborn son the same name as my brother. “He’ll be as naughty as him,” said Petunia’s father, almost proudly.

Like him? I thought. And seethed. Like my brother? And then it came from within, a small dark snake winding its way up my chest, poised and ready to strike. And there I was, all sweet faced and innocent. No one ever guessed what was lurking in that little heart.

So as the doctor lady was proclaiming me innocent, my own heart was bearing testimony against me.

But as my face was the face of a child and my voice the voice of a child, and because I was in so much pain, she assumed that I had the innocence of children. And maybe I did, after a fashion. But what is the innocence of children really? All they are innocent of is experience. At bottom, the child is so full of all the same quirks the adult is full of that it is already a creature beginning to rot.

I may have kept my silence in front of the doctor lady, though perhaps I laughed. The memory is not perfect. But in that time of illness I occasionally remembered the doctor’s words and laughed at the ridiculous gulf between appearance and fact. I did not like to be guilty, but what a joke it was.