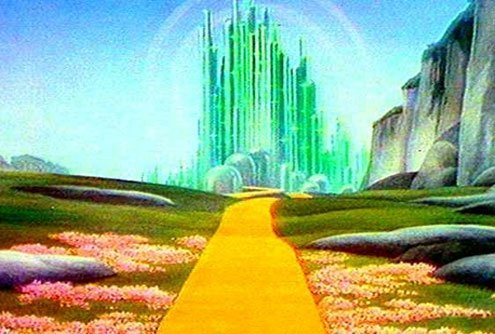 n an immaculate day in Switzerland, having arrived via the scenic Glacier Express train to curry her Italian vacation, my aunt Julie and I entered a small shop featuring Swiss Army knives, specialty cigars, and other paraphernalia in the window that pleasantly reflected the sunny Swiss Alps. Julie wanted a knife for her stepson, Noah, and the saleswoman proposed a small standard specimen, saying children usually keep such an item as an emblem. Julie said, “No, I think Noah’s going to use it.”

Noah is a crackerjack 10-year-old who knits, paints, collects soaps, studies hip hop dance, and plays in the woods near their house, hence the knife. We first met two years ago when I’d purchased a pair of vintage roller-skates with Julie. “Roller-skates? That’s weird,” said Noah, who was sveltely rollerblading around their house. I laced up and joined him.

That night over tea and her signature oatmeal scones (“Julie’s weird health food,” says Noah), I was stupefied when Julie confided that she and Noah’s father had decided to send Noah to a behavioral-correction summer camp.

Last spring another eccentric boy I know was diagnosed with “behavioral problems.” My childhood friend Oliver, who studies art on a full-ride scholarship at the prestigious University of Southern California, erupted on a professor, was shackled for a week in a mental hospital and diagnosed with bipolar disorder.

Oliver, like Noah, has kaleidoscopic interests: he was a child prodigy in math, violin, visual, and sculptural arts, and saturated his after school hours creating miniature models not unlike those used to spawn epic sets in the film industry.

I last saw Oliver on the eve of his interview with a techno-music agent in Milan. He was prolific as ever composing music, diagramming da Vinci-esque blueprints for fledgling film ideas, and creating fantastical bongs out of European beer bottles. Taken by travel — Oliver was studying abroad in Florence — he’d burst his chrysalis to a European-style social life. He was practicing creativity’s most instinctual rudiment in a newfangled romantic union with a young Danish woman.

Oliver was not happy returning from Europe to USC, whose hallowed resources and education had always proved hollow and stunting. Just before spring exams he had his “mental breakdown.”

On a recent visit with Oliver’s family, my sister Mara relayed that Oliver seemed normal, though “subdued.” On drugs to remedy his mental health problems — or to drown his potential in rote — Oliver has moved back home to suburban Chicago, where his surrogate energy releases now include hours dancing alone in his bedroom and fraternizing with former high school classmates — “stoners,” bemoans his mother. Of Oliver’s catatonia, my mother said, “He’s regrouping.”

Does Oliver have a mental disorder? Does Noah need to attend a camp for a “behavioral issue,” itself a sect of psychological disorders?

In all subjects, from painting to physics, some people sow their gifts with a voracity that borders on hysteria. Their exotic personalities have their own energy. Lay down pavement where their instinctual yellow brick road once was and the result may be a psych ward.

Over cappuccinos on the bleak Sunday morning of Julie’s departure, having entrusted her a letter for Noah thanking him for the picture he’d painted me plus some hotel soaps for his collection, I touched on the subject of the behavioral-correction camp. But Julie said it never panned out.

“We took him to Chicago instead,” she said. There, Noah met my father Mauro, a rock-climbing teacher. Noah grilled him about lessons. “Good,” said I. My father is also a Swiss Army knife aficionado.

No doubt Oliver and Noah are affected by a symphony of idiosyncrasies. Sometimes the music is too loud. Vincent van Gogh infamously committed suicide in a one-eared fury. Novelist David Foster Wallace couldn’t take it any more in 2008.

Then there’s Picasso. He kept a pet goat named Esmerelda and bred doves at his windowsill (they ate birdseed he scattered on his bedroom floor and pooped there post-meal). He also lived to the ebullient age of 91.