From the ragged periphery 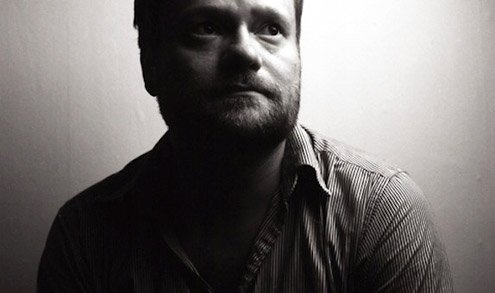 After enduring his father's death, and throat cancer, Carey Mercer and Frog Eyes come back.
F

ew bands straddle the ragged periphery of the subconscious like Frog Eyes, though to explain just what makes them great is elusive, at least in concise terms. Led by singer and guitarist Carey Mercer, Frog Eyes has found favor among those keen on early millennial indie-rock and language. But more on that — and their latest, self-released album Carey’s Cold Spring — a little later.

Frog Eyes operate under a handicap. They come from a far-reaching network of similarly accomplished, literate, early millennial Canadian indie-rock bands, most with shared membership. It’s easy to lose track of a band whose contemporaries have been The New Pornographers (at the core of the Canadian indie web), Broken Social Scene, Arcade Fire, Wolf Parade, and so on. To the point: Frog Eyes was once Destroyer’s backing band.

Despite all this, Frog Eyes manages to maintain an identity. Though Mercer can sometimes flirt with out-and-out pop tendencies, the band’s songs are serpentine. Verses and choruses are indistinct. The presence of melody can feel as fleeting as the notes Mercer holds. Though drums are sometimes aggressive (Carey’s Cold Spring begins with a militant call to attention on “The Road is Long,” for instance), in other stretches the percussive touches, while subtle, even admirable, can go ignored. Guitars ring and echo like those of countless other recent bands, but lend no overall comfort. The space left for verses and choruses is familiar, but their execution isn’t. The music is a Max Ernst painting, or like that of any number of indie-rock band you might have heard while half-asleep.

That leads me to language — which is at once difficult to discern but impossible to ignore. Thanks to Mercer’s impassioned, fragile delivery (higher in the mix since 2007’s relatively polished Tears of the Valedictorian), his words form themes that tenuously thread their way through albums. To love this stuff you must first love language — not necessarily languages (the band isn’t explicitly multilingual and your average study abroad student encounter in Rome or Venice likely won’t involve Frog Eyes), but rather language as a tool for communicating the depths of the self. At the same time, Mercer lends no help to the skeptical or the unwilling. It is up to the listener to parse out his meanings.

Well, usually. As he explicitly outlines on the Bandcamp page through which this album is being released, Carey’s Cold Spring has “no over-arching theme or conceptual thread that runs through the record.” But very serious real events informed the music in the three years it took to make: some were high-profile political events (“riots, occupy, revolutions, storms, floods… the sheer and shocking crookedness of our political and economic system…”), others more personal, including the death of Mercer’s father, and his own throat cancer diagnosis. All this is enough to make you think result might be readily accessible — given, that is, the potential for universal themes.

But such thinking would lead you astray. Carey’s Cold Spring may be the ideal Frog Eyes album precisely because there isn’t a consistent theme in these nine songs. Thematically, each stands alone. The glue is implied but never stated. “Don’t Give Up on Your Dreams” doesn’t seem like it’d belong in the same place as “Noni’s Got a Taste For the Bright Red Air Jordans,” but they make sense in context, as a rendering of a tumultuous state of the soul.

Mercer’s jumpy quiver-to-shout lends added anxiety to all he does, but it’s the stream-of-conscious verbosity that keeps you engaged. This is indie-rock at the fringes of dreams, where nightmares begin. Whatever joy you may get in the listening, remember the music didn’t arise from a happy place. Ironically, its most satisfying moment comes on the climactic finisher “Claxxon’s Lament,” where Mercer multi-tracks his vocals (reiterating “nobody shall die.”) The song, he said, “just kind of sat at the edge of [my] consciousness for what feels like close to a decade,” before he finally played it for his guitar-playing father who by then was in a hospice. In every way, it feels like a coup de grâce.

For those with a fondness for the more thoughtful ends of indie-rock, the attraction to Frog Eyes is self-evident. The road is long? Good. Let’s walk.