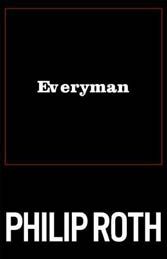 Roth was born in 1933; the narrator of this lament is 71. “Old age isn’t a battle,” he says, “old age is a massacre.” Roth’s “everyman” is the philandering son of Jersey jeweler (Roth was born in Newark) who’s been married three times — “decomposing families was his specialty” — and has a heart that’s a surgical mess. He flees New York City for a Jersey shore retirement community to escape “ineradicable precariousness” of the post-9/11.

He fails because it’s in the American ethos: you can’t go home again. “Everyman” opens with death and works backwards. Roth’s pretensions are few, his prose lean and unsparing. He’s out to nail “the inevitable onslaught that is the end of life” and does so honorably. “He was on top of his melancholy,” Roth says of his aching narrator. The same may be said of the writer.