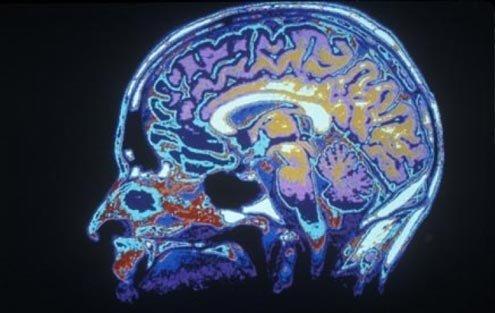 Worry, which leads to alarm, which yields two loud words: "Do something!"
C

hoice is unhinging. Give web-addicts the chance to ponder their lives and they turn swiftly to health, which anecdotes suggest is in constant peril. The result is the replacement of low-keyed, stiff upper lip stubbornness with a pathological state of personal alert, depression at the ready. This collective anxiety is rewiring both the traditional American approach to mortality and religion’s role as an assuaging balm.

One of the new millennium’s great ironies is how the infinite possibilities advanced by the online world only makes death more daunting, in part because it is constantly mocked digital technology, which refuses to recognize it. In that world, what is dead repeatedly comes back to life, for children and parents alike, with impressionable adults soon indulging what is a childish belief in always prevailing.

Historian Tony Judt and essayist Christopher Hitchens — two among many — have served as the latest emissaries for an eloquent if voyeuristic literature of decay that has further encouraged the health-conscious to seek out the protective benefits of good diets, fitness, resistance to germs, all the while paying lip-service to the health of specific organs, as if, like ponies, those organs might be corralled or directed. Coping with severe illness is seen in battlefield terms, with those who resist ennobled as “survivors” despite the paradox represented by mortality itself.

An entire generation, most removed from Sunday School, now prefers the expression “passed away” to “died,” as if taking literally the irony artist Marcel Duchamp’s had carved into his Rouen, France tombstone — “After all, it’s others who die.”

Since culture is infinitely permeable, the digital era’s mortality mockery has also spilled into medicine, with self-protection at the ingrown center of a righteousness similar to the kind that once fueled nationalism: with tumor-hunts possessing the heraldry that once called out cavalries. Patients increasingly (and tremblingly) diagnose themselves online, with doctors attuned to their fretting and tempted to suggest radical solutions to problems that haven’t yet developed. On a larger scale, invasive cosmetic and preventive surgery is rising among the few who can afford it, a small but often widely publicized group.

While cosmetic medicine reflects age-old vanity — repairs that rejuvenate — pre-emptive surgery instead involves the subtraction or substitution of organs based on their potential for malignancy. It uses worst-case future scenarios to “cure” an uncertain present. But the value of maybe has no absolute measurement. Tempted human genes may or may not turn evil. New age medicine ultimately placed the deciding burden on apprehensive patients, squaring yet another postmodern circle.

Those who opt for pre-emption (called “previval” by some) explain they’re doing it to ward off familial predisposition or to provide an additional security blanket for progeny, who ostensibly don’t want to see their parents leave earlier than some conventionally accepted time line (also growing longer).

But beneath these rationalizations is a further layer of vanity, since self-repair is unconsciously intended to cheat death. Earthly creatures have long been willing to lop off sick or trapped parts to survive, and pre-emption no more than the affluent updating of survival instincts. “Seventy is the new 50,” say the glib, except it’s not.

Hi-tech, solution-oriented society was destined collide with the reality of mortality, a collision still only in its preliminary phases. There’s no denying or diminishing recent medical advances. New treatments rescue millions of previously hopeless patients, mostly in West. Drugs and surgeries can now impressively beat back severe cancers in what amount to a fire-with-fire approach. But measuring the texture of the life retained is harder to quantify let alone celebrate.

But even prevention indulges irony.

The more intense the tuning into medical alarm bells, the more life itself turns subservient to problem-solving exploration ramped up by online exploration. Personal security, health, and wellness can become an existential “mission statement” of its own accord, advancing enticing death-delaying therapies as a consumer might add desired items to an online basket. Used or not, they are installed as lodestones.

If only the real checkout line had such options.

The day before 37-year-old actress Angelina Jolie announced she’d undergone a preventive double mastectomy (doctors told her she had a near-90 percent chance of contracting breast cancer), the New York Times wrote about a deceased artist who had created a cardboard fountain knowing full well it would disintegrate over time. “All art decays,” wrote the reporter, explaining the artist’s rationale. “Why not embark on a grand work that admits its own mortality, that embraces its own destruction?”

Life itself is just such an art work, withering included. Advancing “heroic” preventive measures and making up catchy “previvor” labels is the handiwork of a loud and controlling species increasingly determined to insinuate deniability into all it wishes to not think about, a fool’s errand in the end, and there is one.