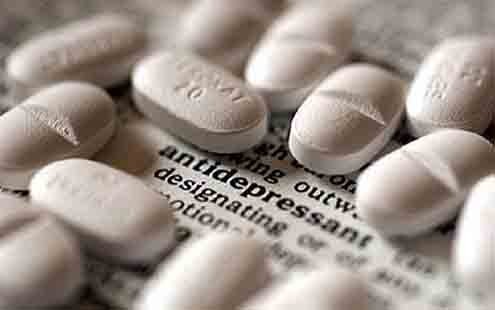 If psychotherapy is a "talking cure," its counterpart must surely include listening.
A

man visits a psychotherapist seeking help because he’s depressed. He isn’t quite ready to open up to a stranger. The therapist asks about his symptoms. He says he’s felt empty and worthless for weeks and ruminates about death. He hasn’t been sleeping though he’s always tired and he’s lost his appetite. He has suffered no great losses, he says. He’s had an “easy life” and has no reason to complain.

A woman goes to her general practitioner. She can’t sleep, is overeating and has gained several kilos in a few months. Asked about how she’s feeling and what’s been going on in her life, she gets weepy. Not much is going on, she’s not appreciated at work or at home; nobody really cares about her. She begins to sob.

A young man tells a psychologist he’s thinking of suicide. His long-term girlfriend just left him, he’s failing some of his courses in college and he just lost his work-study job because he can’t get out of bed.

Would it surprise you that all three are given antidepressants? Or that the psychologist tells the young man who had mentioned suicide that she will take him into therapy, but only if he agrees to take the medication prescribed by the psychiatrist to whom he’s referred.

It wouldn’t surprise me at all. But it does sadden me.

The first patient was asked about his symptoms, the length of time he’d had them, and their nature. He was also asked about important deaths or losses, and perhaps about some details of his life. But the therapist didn’t pick up on his seemingly glib comment that he had no reason to complain, notwithstanding that it’s not unusual for a depressed person to feel they have no right to complain. Often they’ve been told over time that they’re very lucky. Maybe they got “everything they wanted” as kids.

That theme could have been a clinical lead worth following had the therapist acknowledged that nobody is depressed without a reason.

In the case of the woman, the crying played a critical role. The doctor, while sensitive to psychological factors, was overwhelmed by his patient’s perceived helplessness in the form of tears. For this well-meaning practitioner, witnessing such sadness was uncomfortable. He felt compelled to prescribe a “cure,” because surely healthy people don’t just cry “without reason.”

He’s right, in a way, they don’t. There’s always a reason, though it is not always obvious to the observer.

What to say about the third case, the despondent young man? Do antidepressants cure suicidal tendencies? In fact, there’s evidence they’re actually associated with higher rates of suicide. Most studies presuppose this is due to their chemical composition, so they compare their effect against that of placebos (sugar pills). I’d propose a different explanation.

One of the most dangerous signs of suicidal inclinations is when a person feels like a burden to everyone, sensing everyone would be better off without him. How would someone in this state respond to a doctor telling him that being seen depended on his taking medication? I suspect it would confirm his belief that he’s precisely the heavy burden he thought he was, so heavy in fact that even a professional whose job it is to listen to sad stories doesn’t want to face him in such a negative state.

In his case, the placebo effect is irrelevant. It wouldn’t be the specific chemical substance that triggers suicidal thoughts but rather the message that comes with prescribing the drug, namely: “You’re too much for me, you’re too much for anyone. Take this, then we can talk.”

If I have a headache from sleep deprivation, I take aspirin, not as a cure — lack of acetylsalicylic acid isn’t what caused my headache. I take it because I don’t want to feel the pain. I hope to sleep later. If someone doesn’t want to feel their psychic pain and wants antidepressants, that’s their business. But I tell them it won’t cure their depression. As psychoanalyst George Atwood says, “Depression is caused by the depressing things that happen to us.” The cure, if we can call it that, must start not with chemistry but through creating human connections in which it’s safe to be sad and providing a personal landscape in which feelings and experiences can be explored, and a good relationship established, something no pill can accomplish.