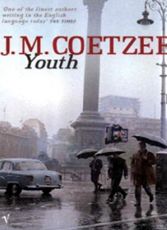 Read sequentially, these are Coetzee’s homages to the vexations of growing up. In “Boyhood,” which takes place around Cape Town, the narrator looks for but cannot find himself: “Whoever he truly is, whoever the true ‘I’ is that ought to be rising out of the ashes of his childhood, is not being allowed to be born, is being kept puny and stunted.” But he’s a boy around bigoted adults, a loner. That loner moves to London in the early 1960s and occupies “Youth,” another estrangement tale. He’s an early nerd, a computer programmer. It’s all chronic anguish. “In real life all that he can do well, it appears, is be miserable.”

Literature is in part a recitation of desolation — portrait of the artist — and Coetzee knows the drill. He’s massively if gloomily curious about the world. He has affairs, dabbles in poetry, wonders about the future of IBM computers, deplores American foreign policy. Coetzee is among the great modern voices (the Nobel in 2004) because his intelligence, however sad, communicates wholly believable characters, the boy and the youthful (fictitious) Coetzee grand among them.