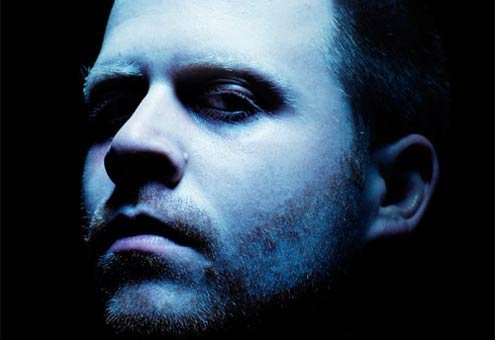 Jamie Meline, a.k.a. El-P, is back with a vengeance.
W

hen we look back on May 2012 and survey the landscape to see its biggest musical stories, one name in particular stands out: Jamie Meline, a.k.a. El-P.

If you’re not well acquainted with hip-hop at the turn of the millennium, the name won’t ring a bell. But El-P has remained relevant in hip-hop’s sonic development for a few reasons. The first was mid-1990s independent rap group Company Flow, who brought the idea of an “underground” to the genre before label troubles cut the group short. Then he started his own label, Definitive Jux, home to essential listens like Aesop Rock and Cannibal Ox.

For my money, El also belongs in the conversation of best producers who double as emcees. In addition to his immediately identifiable sonic calling card of aggressive beats coupled with dense noise and the choicest samples inspired by The Bomb Squad, El-P has a discography of his own stretching back to 2002’s Fantastic Damage.

He’s now added to his production credits with albums in consecutive weeks. The first is his own, Cancer for Cure (Fat Possum). It’s been half a decade since his last album, I’ll Sleep When You’re Dead , but from the outset of drum n’ bass-influenced opener “Request Denied,” it’s clear he’s lost none of his venom.

El-P isn’t for everyone all the time, but if you’ve had a bad day, Cancer for Cure is just what you need to hear. It hits hard and is typically self-referential: You know a song like “Drones Over Bklyn” or “For My Upstairs Neighbor” without ever having heard it because this guy’s sound is just that definitive. It’s at once new and comfortably familiar.

And yet, listening to these 12 songs remains as satisfying as ever. He’s still hungry, relating tales of characters caught up in government corruption and personal paranoia with a sharp tongue and a keen ear for making cadences and rhythms fit together. Depending on your view, he’s the ideal artist for America coping with itself in a post-9/11 world.

It’s the second album that I’m still struggling with. For the first time since Cannibal Ox’s seminal The Cold Vein in 2001, El has produced a whole album for someone else. The man in question is Atlanta rapper Killer Mike and the album is R.A.P. Music (Williams Street).

Unlike El-P, who has been a fixture in New York for so long that the city’s hip-hop lineage runs right through him, Killer Mike comes from a completely different mindset and history in Atlanta. He made his national debut on the classic OutKast album Stankonia and has featured on songs for guys like T.I. and Houston’s Chamillionaire. His solo albums thrive on underclass struggle and his lyrics are intentionally provocative though occasionally dubious. The South runs strong in him.

Problem is, Mike needs that Southern lean to thrive. The punishing, near-industrial wastelands El-P sees don’t jive with Mike’s exaggerated, outsized personality. His deep voice shouldn’t be rushed. The slower the beat or the subtler the sound, the better off Killer Mike is at getting across his own slant on political corruption, which is more concrete, less generalized than El-P’s approach.

It’s not that this is a bad album, then — it’s simply that the experiment doesn’t jive. The most successful moments are the organ-led “Southern Fried” and late-album slow-burners “Anywhere But Here” and “Willie Burke Sherwood.” When El-P tries to do too much, it winds up competing with Killer Mike’s rhymes; the message and music are lost in each other as a result. It’s distracting and frustrating more than anything.

Which is the way El-P would have it, of course. In the best traditions of his past endeavors, R.A.P. Music and Cancer for Cure are intense, exhausting experiences. Like them or not, few producers are as exciting as he is even after all these years.