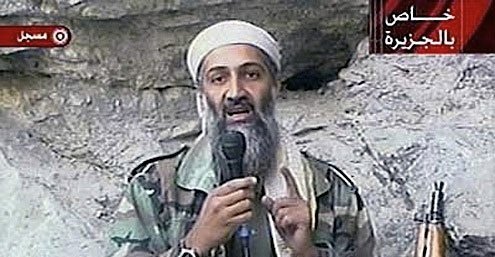 But you told me what scared you…
H

ere’s a fiendish little notion to dismiss after reading: terrorism won’t be “fixed,” not next year, not in 50 years, not so long as there is a United States.

The reason? We’re too perfect an enemy.

American political logic postulates a carrot-and-stick approach to pre-emption: combine sufficient force with economic incentive and you eventually harvest investment bankers from suicide bombers. They’ll go global because terrorism is ignorant and willfully self-defeating. Spurning free market capitalism means picking poverty over PlayStation, and no one does that indefinitely.

Terrorist hatred for the United States, the logic continues, is the price a pluralistic superpower pays — in antipathy and envy — for exporting progressive ideals and cutting-edge technology. The curators of the envy are retrograde Islamists, Stone-Aged in outlook. But they’re an aberration; Islam is a great faith. Exemplary guidance can “correct” it. The guidance comes with force only until the other side fails to embrace the evident alternative.

But what if this accuracy misses the point?

What if Islamic terrorism is attached to a social and political response to consumer capitalism run perniciously amok? What if, as Bush’s people say, it’s not 100-year flood but a steady rain? What if we’re facing a calamity that’s as much about what we send out as what we receive?

In the years after communism and the Cold War the Catholic Church repeatedly admonished affluent nations not to use loans and profit margins to leverage the planet — to do so was arrogant, reckless, and profoundly alienating to those with little and less (translation: the world’s impressionable have-nots).

Attracted by emerging markets, Western hawkers instead aggressively sold a hard-core vision of culture – cool sneakers, hot sex and double-blind ambition — uninterested that the reaction of Jakarta, Rabat and Riyadh might be more volatile than that of London or Los Angeles.

It was hardly surprising that the first major terrorist statement, on September 11, was imbued with big-screen grandiosity.

What’s the message when the monstrosities directed against us — anthrax, bio-terror, dirty bombs, beheadings — are not someone else’s nightmares but our own, peddled in reverse with a vengeance.

The videotape that so fascinates us, and others, is the biggest dirty bomb of all. It’s the heavy industry of short attention spans. And we’re powerless to put the genie back in the bottle because we’ve labeled 24/7 TV as progress. Which means the anxiety it produces is also progress. Which does not compute but is.

We have no creed but data and the chat it produces. We have nothing to offer the world but cash-and-carry system called democracy, and rarely has democracy seemed less intelligent or inclusive.

For decades, the atheistic Soviet Union was the handiest fix for democracy’s doubters, rallying opposition into neat camps. Western skeptics could support Moscow and feel they had a franchise.

Such choices are gone, as are the reasonable manners they upheld.

So much the better, argue the winners. Soviet totalitarianism was vanquished.

But vanquished also was a fierce debate regarding alternatives. Nothing of substance has taken its place.

The good guy world — largely free, hugely affluent, but often woefully discontented — tends to make foes in proportion to its sense of cultural pre-eminence, and that pre-eminence is now unprecedented in modern history.

Say what you want about al Qaeda and others; declare them malevolent and primordial, antonyms to evolution. But some are solemn dissenters — lawyers, teachers and intellectuals — who have stolen from our basic instincts and fears to occupy an “anti-enlightenment zone” that destabilizes our belief that we’re secure. That’s the point.

The religious aspect of this terrorism should matter only to help qualify the provenance of the rage, not to explain it — because so far the explanations have been faulty.

I repeat, the perils inveighed against us are ones we glamorized, imbued with celebrity, and advertised as breathless entertainment.

Sex and bombs, explosions and murders, plots and villains: That was our broadcast to the world. Now the escapist medicine is our own heart attack.

We wanted to sell to the global village and did.

Some of it badly wants into the “It’s about money, stupid”-world, but can’t bear doing it someone else’s way.

The gap is radical, and radical-making.

The United States may eventually kill off the current crop of terrorists, but it’s unlikely to find respite until the future receives free agency, the right to be separate from a United States whose well-meaning but promiscuous destiny should be a choice, but not the only choice.