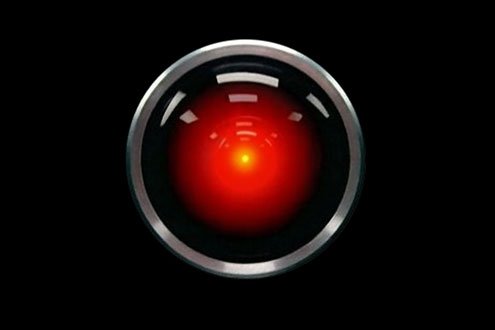 hoice was for a long time associated with wisdom. Wise choices reflected critical thinking; unwise ones generally flattered emotionalism at the expense of common sense. Learning to distinguish between the two measured the progress from undisciplined youth to adult accountability.

Politics sustained the ethos. Statesmen advertised choice as the essence of democracy. Impetuousness was scorned. Some teachers even argued against multiple-choice questions, insisting students should answer or fail to, without prompts.

But the Internet world has reduced old school choice to an afterthought.

The creation of communications tools that offer thousands of applications has transformed choice into arbitrary preference, with such preferences contingent solely on two fundamentally impetuous (and childlike) urges, satisfaction and reward. These preferences are not binding. They can be tweaked, revised or reversed, usually without consequence. A choice is habitual, trivial. When deprived of the choosing process or forced into delay, people can react with anxiety and bitterness.

Folklore always heaped praise on the abundance of choice: “The more the merrier,” went a poor man’s adage, but the Internet-influenced selection process has more in common with multiple choice culture than that of putting food on the table. Rigor is irrelevant. Discretion is incidental. Wisdom has no path. Impulse, and the response to it, is first and foremost.

Choosing one application leads to seeking another. Good choices are the ones that dazzle and satisfy, like a 1940s child running amok with a new toy fire truck on hardwood floor.

But being able to choose can also become both an addiction and a complication, particularly as the number of offerings multiplies. Insecurity kicks in, and with it doubt. How do you have it all? Should you? Why is variety so stressful?

The prolonging of fire truck adolescence also co-opts individual eccentricity, since the tools at hand reflect corporate and not personal ingenuity.

While an “I choose, therefore I am” society can function well within its own framework, that framework has severe limitations. Cumulative intelligence, further and further removed from the fleeting micro-specifics of new choice, can seem daunting. Left to their own devices, gifted people literally find themselves at a loss.

At this stage a global Internet breakdown would not only produce confusion but helplessness, even depression, since the void would feel like repression in reverse. This prospect, and not nuclear holocaust, is postmodernism’s most published menace. Sober (and somber) self-reliance has been traded for artificially intelligent vitality, but with no middle ground or fallback position.

The social consequences continue to evolve.

The twinned inducements of communication and narcissism have boosted consumer capitalism, a peerless system since 1990. Non-conformity and dissent are now based on choosing or rejecting the preferences offered by different kinds of personal broadcasting. As a result, public debate examines the way technology is used and spread, not whether its glib dulling of the magnitude of choice might conceal a diminishing of cultural literacy. When the tools of a social matrix are shared and accepted by all, anti-establishment thinking loses its ignition point.

Kant once equated immaturity with the “incapacity to use one’s intelligence without the guidance of another.” For him, maturity’s premise was experiential; “successful” beings were those able to interpret and make order from the flow of external experiences. The identifying process led to the creation of a moral system in which objects conformed to human knowledge, not the other way round. Intuition, at the source of all objects and devices, came before the devices themselves.

What Kant couldn’t imagine — nor could early Modernists — was the literal prefabrication of both preference and intuition, a paradox that allows fantastical tools to insinuate themselves as guarantors of individualism and personality when in fact all they do is cleverly ensure their own distracting necessity.

The existence of the paradox doesn’t come easy to the multi-tasking mind because, ironically, investing in and managing the devices occupies the mental space necessary to generate critical skepticism against the perils of endless distraction.

Compare this with the advent of television. As a primitive device it endured all kinds of abuse: It was “the idiot box” and “the boob tube.” A TV at home was seen as a lurid encroachment on family, on focus; it abbreviated intelligence, peddled shortcuts, and nourished fantasies. But all these criticisms had their root in an older, more intellectual understanding of choice.

Since then scoffers have been enchanted and neutralized by Midsummer’s Night technology that fulfills the human need to relentlessly assert and promote itself, using business as an excuse to estrange more demanding thinking. The choice is not whether to buy a TV but the deftness of screen and signal. Same with Pods and phones.

Nearly three decades after 1984, irony is outdated. For some, the idea of living in a Brave New World is life’s hottest — and coolest — ticket.