And what shall they do? 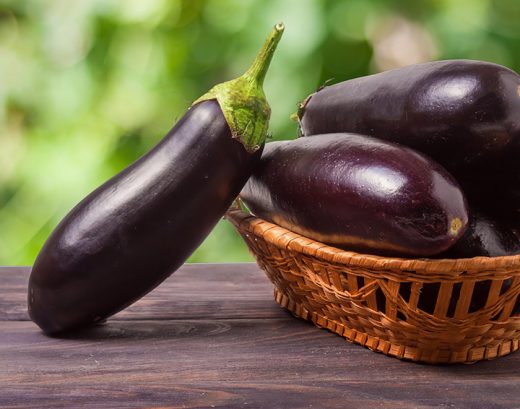 And what, asked the British customs official, is an eggplant?
I

t is difficult to say what will change in Britain and Europe after Brexit. It is to be expected that both the British economy and those of European Union member states will be affected, possibly negatively, at least in the short term. This will depend on the agreements (or the disagreements) that will eventually be reached over trade, import and export duties, and circulation of people. I often wonder, however, whether the culinary habits of the British will undergo any change after its end-of-January withdrawal. During Britain’s troublesome marriage to the EU, which began officially in 1973, English housewives scouring the markets have become familiar with all sorts of non-indigenous products, often completely unknown to the majority of the population of the British Isles until the late 1970s when its involvement with the EU began enlarging the import market.

With British food self-sufficiency dropping constantly and British imports of fruits and vegetables from the EU averaging 30 percent of domestic consumption, one wonders whether the millions of Britons who have become accustomed to the Mediterranean diet over the last 40 years will be able to keep their now long acquired habits without sinking the family budget. Costs are expected to increase, and not only for fruit and vegetables, but also for pasta, the ever more requested extra virgin olive oil, Italian cheese, and wine, among other items.

The terror of garlic was something the English seemed to share with vampires.

Over the decades the change has been impressive. Until the late 1950s, British cuisine was mainly associated with roast beef, mashed potatoes, Yorkshire pudding, steak, kidney pie, trifle, fish and chips, and not much else. Of course, the British ate other things too, and exotic food and spices connected with England’s imperial heritage have long been part of the British tradition.

But when Elizabeth David’s “A Book of Mediterranean Food” appeared in 1950, followed by “Plats du Jour,” written by Patience Gray and Primrose Boyd (1957), the average British working mother eager to vary the family diet and put something more enticing on the table did not have much choice. The local grocer, and even most supermarkets, would not have provided her with any of the essential ingredients included in David’s book. Vegetables like rocket, turnip tops, eggplants, or zucchini (but also herbs such as basil,rosemary, oregano and thyme), to quote just a few that are now widely used in Britain, were still quite rare, and remained so for years. Some could be found, together with Italian salami and cheese, and a limited selection of Tuscan and northern Italian wines, in little delicatessen shops in Soho, and elsewhere in central London, though at steep prices. And the terror of garlic was something the English seemed to share with vampires.

In 1987, when Patience Gray’s masterpiece, “Honey from a Weed, Fasting and Feasting in Tuscany, Catalonia, the Cyclades and Apulia” was published, the Mediterranean diet was all the rage in Britain and the demand for the necessary ingredients was growing exponentially.

I remember that during my first stay in Britain, in 1972, only a few gourmet grocers sold olive oil, Olio Dante being one of the few trademarks, at jeweler’s prices. And in no way was it to be compared in taste or in fragrance to the delicious extra virgin olive oil I was accustomed to in my native Salento.

Finding Italian fare in London of the 1960s and 70s was a tricky and expensive proposition.

At the beginning I did not even know where to buy a bottle. After searching all the grocers in Barnet and North Finchley, I was directed to the chemist’s. I was a bit puzzled. I could not imagine walking into a farmacia in my Apulian village and asking the dottoressa for a bottle of olive oil. But then, why not? After all, didn’t British chemists sell postage stamps and film for cameras, too? I went into the shop and timidly asked if they had olive oil, in a low voice, as I was a bit ashamed lest the other customers standing in line heard me.

Yes, said the nice lady behind the counter. She disappeared in the back-shop and reappeared with a tiny bottle, a cruet actually, that contained probably less than 200 grams of olive oil, the cost of which would have bought me a couple of liters in Salento. I couldn’t use it to cook a meal, clearly, let alone to fry a couple of eggs, but decided to buy it, anyway. The taste was horrible, which was only natural as this olive oil was used for cleaning ears!

On the other hand, when I first landed at Folkestone, a few weeks before, I had with me, beside my suitcase and an Army Alpine rucksack, a conspicuous cardboard box full of gifts for my father’s relatives in London, who would put me up for a few days until I found a place of my own: a choice of salami and provolone cheese, friselle, and several eggplants, the latter a special request from my host.

I could not imagine walking into a “farmacia” and asking for a bottle of olive oil.

I was sure trouble lurked ahead as I disembarked from the Sealink ferry and stepped into the customs hall. There were a few passengers in front of me, but the officer behind the long table gestured them to pass on without even bothering to look at their capacious luggage.

But I had seen that he was eyeing my cardboard box, neatly tied up with a cord, lengthways and breadthways, as every considerate immigrant did at the time. When my turn came, the officer had me open the suitcase and the rucksack, containing nothing of his interest. Then he directed his attention to my precious parcel. I explained that it contained gifts for my relatives and when he heard eggplants he opened his eyes wide.

“Eggplants?” he asked, “What kind of plants are they? With the roots?”

“No, sir. No roots. They’re not plants at all, actually, only the fruit.”

“So, why do you say eggplants?”

I thought, “Not my fault, sir; it’s your language, not mine,” but said, instead, “They also call them aubergine, sir.”

“I must see them, sir,” said the officer, increasingly curious. And he produced a short knife to cut the cord.

It took me ages to untie the parcel, while the other passengers behind me kept grumbling.

When at last I managed to open the parcel and exhibited a splendid specimen of eggplant, or aubergine, if you like, of a luscious violet-black, still turgid, having been picked only a couple of days earlier in far southern Apulia, the officer took it in his hand and, looking at the exotic novelty, said “Eggplants. Oh, well! Thank you, sir. Welcome to Britain. Enjoy your stay!”