And the rabbi came 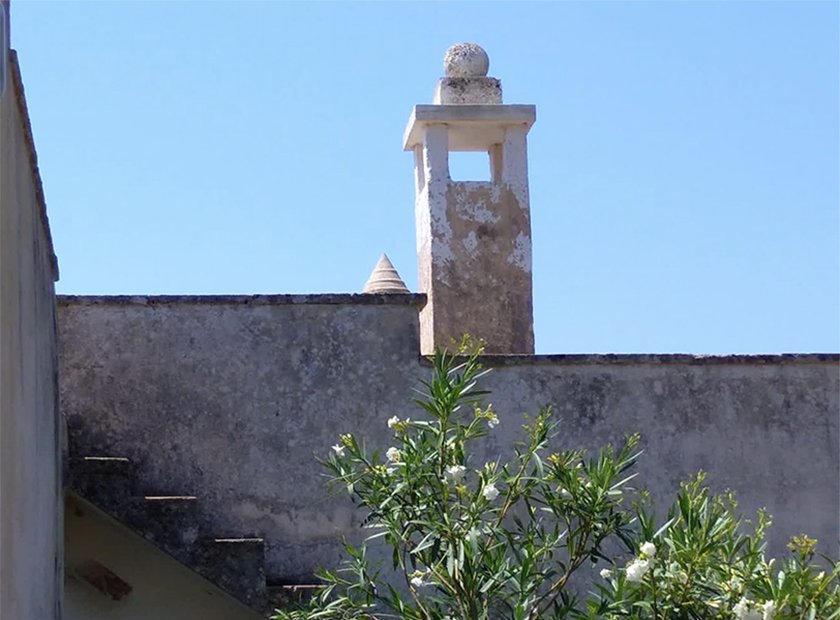 oward the end of June 1990, I drove to the top of the Serra di Spigolizzi, in Salento, to visit two dear friends, the Flemish sculptor Norman Mommens and his wife, the British artist and writer Patience Gray. Since 1970, the couple had lived on a sheep farm they’d restored and made into a home. I found Norman in a sad mood and Patience, always eager to talk, was unusually silent. Their friend Arno Mandello (née Grünebaum), who lived in a nearby farmstead, was dying of cancer.

Arno, a German photographer and painter, born in 1905 into a Jewish family, had fled to France with his first wife, the photographer Jeanne Mandello, in 1934, after Hitler’s National Socialists seized power in Germany. He later adopted his wife’s family name to distance himself from Nazi Germany. In Paris, they worked in fashion and in advertising, continually exploring new techniques, influenced by the avant-garde movement in photography, led by artists such as Man Ray, Brassaï, Lartigue, and Doisneau. They also worked with the renowned photographer Herman Landshoff.

When the Nazis invaded France the couple migrated to Montevideo, in Uruguay, where they obtained Uruguayan citizenship and continued to develop their art, achieving a certain fame. After the war they fell apart as a couple and Arno returned to Europe. In Paris, he met the woman who became his second wife, the British sculptress Helen Ashbee, the daughter of British architect Charles Robert Ashbee, prime mover of the Arts and Crafts Movement. Helen and Arno settled in Salento in 1969, where they bought an abandoned masseria, a farmstead, called La Bufalaria, which they restored to suit their living and working requirements.They continued to produce their art there for the rest of their lives. In the fields of the estate, olive trees and vineyards which had long been neglected were brought to new life. Their house soon became a meeting place for artists and friends, a center of radiating culture and creativity.

Now that Arno, at 85, was fighting his final battle, Norman had the impression that he couldn’t depart, instead lingering for reasons unknown in his deep agony. Not that Arno was conscious of it, being quite remote, probably sedate, most of the time. “Maybe he should talk to someone of his religion,” Norman said. “Yes, darling,”Patience agreed in her chain-smoker dark voice, a cigarette perennially burning between her fingers — “But where are we to find a rabbi in Salento?”

I thought about it, sipping a glass of wine that reverberated ruby reflections under the light of the lamp on the marble-topped table. “I could try,” I said, “I might be able to find someone in Rome.”

The next morning I phoned the Jewish community headquarters in Rome. The man at the switchboard listened to my story, then said, “Maybe you’d better talk directly to Rabbi Elio Toaff.” Rabbi Elio Toaff was Rome’s Chief Rabbi and the most eminent member of the Italian Jewish community. I had seen him many times on television. I remembered his meeting with Pope John Paul II, the Polish Karol Wojtyla, in the Rome Synagogue. He was extraordinarily famous and, of course, extraordinarily busy.

Arno and Helen lived on an abandoned farmstead, which they had restored.

A few seconds later a warm voice announced: “Hello, I am Elio Toaff.” I explained the case once again.

When I finished, no sound came from the other end. I inquired, “Hello, are you still there, Rabbi?” “Yes,” Toaff replied. “I was just thinking that with bursts of antisemitism erupting everywhere in the world, it is incredible, and in a way reassuring, that there are people who go to so much trouble about the death of an old Jew. I’ll send a rabbi. Thank you so much.”

The rabbi arrived on July 1, early in the morning at Brindisi airport and I went to collect him. I did not know him and I expected to see someone wearing a kippah or a black hat or some other item that would help identify him. But none of the passengers in the arrivals hall looked like a rabbi to me. After some time, I started asking the few people queuing up for the bus to Lecce on the sidewalk outside: “Excuse me, are you the rabbi I was waiting for?” From the puzzled faces of the first two gentlemen I understood they had never heard of a rabbi, and certainly not a rabbi coming to Salento, of all places. But the third gentleman was my rabbi. I introduced myself, we shook hands and I took the luggage near the rabbi’s feet and we started walking towards the parking lot. We had just moved a few steps when someone behind us yelled: “Hey, that’s my luggage!”

I froze and when I looked back I saw a man running towards me and two policemen approaching. I explained that the luggage was the rabbi’s and then, overcome by doubt, I asked: “Because you are a rabbi, aren’t you?”

The rabbi opened his lips for the second time, to say that, yes, he was a rabbi, but had no luggage. I stammered some apologies and it all ended up in laughter. But for a moment, in the back of my mind, I saw the front page of the local paper breaking the news that the deputy-headmaster of the Gallipoli middle school had been arrested for stealing suitcases at the airport.

I had spoken to Helen in advance about the rabbi coming to visit, and received a perplexed look. She was a confirmed atheist, and anyway she was not sure that Arno could talk to the rabbi, or to anyone else for that matter. His condition was deteriorating so rapidly. But, despite her hesitations, she agreed to receive the rabbi.

When we got to Arno’s place, Helen welcomed us kindly and led us directly to meet Arno. He was reclining on an armchair, wearing a pair of brown trousers, a striped shirt, and a brown waistcoat. A light blanket was on his legs, despite the sweltering heat.

He looked tired and emaciated. And the problems began. Arno, who could speak several languages, had been refusing for days to speak any language but German. I could speak all his languages except German and the rabbi could only speak Italian and French. We tried to start a conversation, but only managed to extract a few incomprehensible words from Arno. However, he was somewhat aware that his visitor was a rabbi and at a certain point he ejaculated in English “Why aren’t you wearing a kippah, then?” I translated for the rabbi, who took his kippah, which he kept neatly folded in his pocket, and put it on his head, saying a few words in Yiddish.

The rabbi opened his lips to say that, yes, he was a rabbi, but he had no luggage.

Arno’s eyes shone for a moment and he answered in the same language. They kept speaking, short exchanges, probably prayers and blessings, in the ancient tongue of the Jews. My presence was no longer needed. I slipped out of the room and into the garden.

About 30 minutes later, my rabbi reappeared, escorted by Helen. I drove him to Spigolizzi, where Patience had prepared a kosher lunch. But the rabbi could not stay. He had some business in Brindisi before departing on an evening flight to Rome. We sat down under the giant fig tree in the courtyard for some time, and the rabbi revealed to us how moving his meeting with Arno had been. They had prayed and sung together and he had left Arno peacefully sleeping.

Before we drove off, Norman managed to slip an envelope into the rabbi’s hands, with a gift for the Jewish community, and a note of thanks for Chief Rabbi Toaff in Rome.

Under a fierce afternoon sun I drove the rabbi to Brindisi and then returned to Spigolizzi, where Patience, Norman, and I ate the kosher lunch for dinner.

At first, some criticized the rabbi initiative, on the grounds that it had been a sort of intrusion into Arno’s life and an imposition on Helen, though it must be said she had generously accepted the idea. Others argued that Jews do not have end-of-life rites in the way of Christians, which is true. Patience listened silently to the remarks, then placidly interceded with her usual enigmatic smile and a remark that seemed in its way to put all debate to rest: “But the rabbi has come, hasn’t he?” And without luggage, he had.