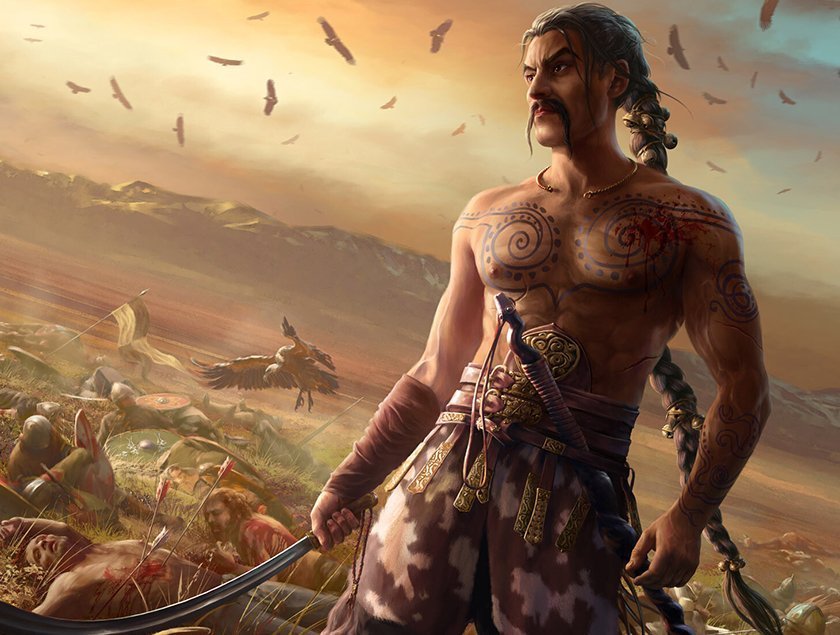 If someone resembling Khal Drogo were to enter a woman’s bathroom because he identified as a woman no one would likely demand a Gender Recognition Certificate.
L

ate last year, in Brtiain, Maya Forstater, a tax specialist who worked for a think tank called the Global Center for Development, was fired for comments she made on twitter, expressing the belief that a person’s sex is immutable. The case was tried at an employment tribunal, and the judge, who ruled against her, said that a person who has transitioned from male to female and has a Gender Recognition Certificate is legally (and really) a woman, and that this is not a fact that anyone is “entitled to ignore.” What Maya Forstater had hoped was that her belief in the objective reality of sex would be protected under the Equality Act. 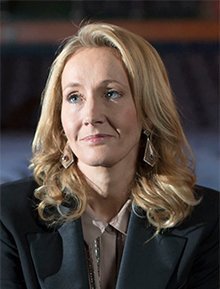 Dress however you please. Call yourself whatever you like. Sleep with any consenting adult who’ll have you. Live your best life in peace and security. But force women out of their jobs for stating sex is real? #IStandWithMaya #ThisIsNotADrill

Maybe Rowling would eventually have been forgiven for what many deemed transphobia. However, in June of this year she poked fun at an article entitled “Creating a more equal post-COVID-19 world for people who menstruate,” writing, “‘Women who menstruate.’ I’m sure there used to be a word for those people. Someone help me out. Wumben? Wimpund? Woomud?”

Though unlikely, it’s possible that there are still people who might wonder why “woomud” and woman are such offensive terms. Well, here’s why. To say women who menstruate would imply that only women menstruate or that all women menstruate, leaving out post-menopausal women, women with polycystic ovary syndrome (who may not menstruate at all), transgender women (who are biologically incapable of menstruating), and, of course, transgender men (who either used to menstruate at some point or still do). Now, of course, no post-menopausal woman is really offended to read that women menstruate; chances are she doesn’t look back with nostalgia on all those years of having to wash soiled clothes first thing in the morning, or the cramps, or the all-pervading glumness. The woman with polycystic ovaries may wish she had periods, or that her periods were more regular, and of course she may envy the women with a fully functioning reproductive system, but is she really likely to mind the phrase “women who menstruate”? I think not. Most people are not that sensitive, and such a level of sensitivity does not generally warrant legal protection.

It appears, however, that in this day and age people really are that sensitive, and that as a society we encourage an oversensitivity that is almost pathological.

Rowling merely made it plain what she thought about the matter. She did not hurl insults, she did not call anyone any names, and yet, on the internet and in the press, people are calling her names and insulting her. She is a TERF, a trans-exclusionary radical feminist; she is Voldemort; she is driving young people who identify as trans and non-binary to go out and kill themselves.

A number of authors have left The Blair Partnership, the literary agency that represents Rowling. They are unhappy because the agency failed to affirm its “commitment” to trans rights and because it did not have its staff re-educated.

In response to the backlash, Rowling published an essay on her website, explaining what she thinks and why she thinks it. If reason and good sense compel you not to agree with her, then don’t, but I think we would do ourselves a favor if we listened instead of always trying to drown out the dissenting voice.

Without the concept of biological sex, women’s rights go out the window.

But, first some context: In Scotland, where Rowling lives, there are plans underway to reform the legal process somebody has to go through in order to get a Gender Recognition Certificate. Right now, you have to be at least eighteen years of age and have to have a medical diagnosis of gender dysphoria, and all of this takes at least two years. The proposed changes include bringing the minimum age down to sixteen, removing the need for a medical diagnosis of gender dysphoria, and decreasing the waiting period; the person wanting a Gender Recognition Certificate must be living as his or her preferred sex for a period of three months at the time of application, and then an additional three months.

One is that legally recognizing a transwoman as a woman may affect women in vulnerable positions, such as women in women’s shelters, in public bathrooms, and in prisons. Some years ago, a known rapist, Karen White, a transwoman, was admitted to a women’s prison, where she assaulted some of the inmates. If Scotland does lower the bar for acquiring a Gender Recognition Certificate, Rowling is worried that such incidents will become more common, as there will be no requirement to undergo surgery (not that there is currently any such requirement) and because the person wanting entrance into women’s spaces will be under no obligation to offer proof. In fact, if someone resembling Khal Drogo (of “Game of Thrones” fame) were to enter a woman’s bathroom because he identified as a woman no one would have any right to question him or to ask to see his Gender Recognition Certificate.

Kathleen Stock, professor of philosophy at the University of Sussex, has similar concerns; she argues that in a society where men and women were equal in every way, equal in size, in strength, equal in the way society treated them it would be no matter if a man wanted to live as a woman or a woman as a man, but we do not live in such a society. The way Rowling and Stock see it, women fought for certain protections because they are different from men and because society as a whole treats men and women differently. Without the concept of biological sex, women’s rights go out the window.

Rowling’s other major concern has to do with the effect that the transgender movement is having on children. She talks a little about her own youth, of the dark confusion of growing up, and how she is glad that back in the 1980s there was not such easy access to gender identity theory. The young Rowling had to look for solace in books and in music, because there was no Reddit back then, so eventually, despite feeling sexless, lonely, and, perhaps, misunderstood she became the Jo who gave us Harry, Ron, and Hermione, who gave us Dobby and Luna Lovegood, and charms such as Riddikulus. She grew up without having done major violence to her body. Is she happy? We cannot know, but whether she is happy or not is of no relevance to her argument.

We would do ourselves a favor if we listened instead of always trying to drown out the dissenting voices.

Some in the transgender movement say that gender identity is fixed very early in childhood, by the age of three or so. But, according to Rowling, there are some interesting trends among transgender children. She quotes Lisa Littman, an American researcher, who says that there are, among children, entire groups of friends who begin to identify as transgender at the same time. If Littman’s data is correct, it suggests that gender identity is as likely to be the result of social conditioning as anything else. Is it so impossible that there are children who are hunting in the vortex of the world wide net for the key to the mythology of their souls? They do not even have to be unhappy children; anyone who is just one tenth a human being is a miserable enough wretch. Then, to land on gender identity theory. Oh, here is the explanation. This is why I feel this way.

There are numerous children who have transitioned, and numerous people who have come to regret changing their bodies at such a fundamental level. These are the unmentionable detransitioners.