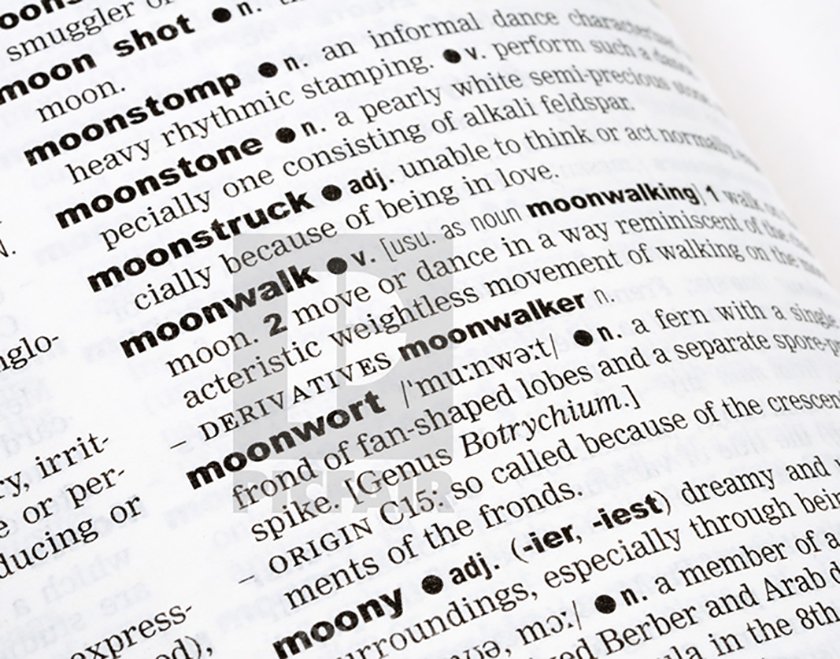 The ocean of language helps make us human, but who sinks and who swims?
M

There is not one of us whose thoughts and actions are not determined by a system of belief. We can hardly help it.

The great curse — the great blessing — of being a talking creature is that talk is a kind of magic. What it must have been to be a baby! To be a baby, unhindered by chairs and tables and trees and cats, free of language, primitive as the dawn, to see and sense all there is to be seen and sensed — without the medium of language. But with the first utterance of “mama” it all goes out the window. We are animal no longer. No wide wood will ever again be whatever it was before we had words for it. So here we are, dunked in the ocean of language — and language is a world of concepts.

This raises a horrible question: are we trapped, then? Do we never know the world as it is, things as they are, ourselves as we are? But let us ignore this question.

Different philosophies give us different rabbits.

However nonsensical the whole game of language may be, the thing is, is that it does have results. A magician pulls a white rabbit out of his hat; what each one of us does every single day is just as spectacular. Every day, we are pulling out white rabbits or brown ones, or peacocks or peahens. The word, whether spoken, written, or thought, is the realm of meaning. And by “the word” or “language,” I mean more than the act of speaking: I mean reason, but not merely that; I mean sentiments and attitudes, ways of being. I mean that it is this ether which we cannot wholly grasp that makes us what we are, spindly, cheerful, and bright as sunflowers or strong as an oak or of the nature of poison ivy. Through language we are initiated into the community of belief, of faith and reason and morality and skepticism, and this is the animus which molds the body, both the individual body of the person and the larger, more public body of society itself.

Here, in this modern, best of ages, we like to imagine that we are the first to be so near the truth of things. But of course, we are no nearer to the truth of things than anybody else. (It is even possible that others came closer.) We, too, are incapable of understanding except by the means of a method. In our arrogance, we believe our method, the secular, progressive, liberal method to be the only one capable of producing real results. After all, we have automobiles, don’t we? The Buddha never rode in a car or ate a McDonald’s hamburger, neither did his parents, or his cousin Ananda, or his son. For us, that clinches the matter entirely. A successful period in history has science, science as we know it, not all that hogwash about humors of the body. A successful people produce automobiles and weapons of mass destruction. Cleverness means the use of chemical fertilizers and the mass production of chickens.

Thank heavens, then, that we are the first people to be clever. For what good has our cleverness done us?

But there have been other times and other people, and they too have spoken. Simply because their magic words did not result in the Bugatti or vivisection or in the splicing of genes, it does not follow that they did not have any noteworthy results. Different philosophies give us different rabbits. It may seem to us that ours is the only splendid rabbit to ever have existed, but it may be that other people have different criteria in judging the soundness of a conjured rabbit.

The reason I got to thinking about all this is because of a chat with a friend, whom we’ll Abracadabra. Abracadabra wants to save the world, for which purpose he has devised a gadget capable of sanitizing just about everything. Once it is installed in busses and in offices, in homes and in garages, it will zap coronaviruses and the flu. Sickness and death will be no more.

“But, Abracadabra,” I asked, “are you sure about this?”

“Why, yes,” he said, “it’s just awesome. Think about it! We won’t have to do social distancing anymore. It will save countless lives. Millions.”

“Has this thing been tested?”

“What do you mean the consequences? It’ll save millions of lives, billions. We won’t be at the mercy of viruses anymore. Just think, no one will get a cold or die of the flu.”

In the privacy of my own mind, I started gathering my soldiers for war. No more viruses? No more death? Is this heresy?

But Abracadabra said that the gadget had been tested on mice, and they did not develop cancer or schizophrenia.

I dithered some more. I said something which amounted to this: nothing good has ever come of human hands, so do let’s chop them off.

“Definitely not,” I said.

Ah, the railroad. Trains are lovely. A train is almost an animal, a cross between a horse and a centipede. But if we were somehow flung back in time, knowing all that we do know, knowing that the railroad is a violence several infinities greater than the plow, would we still be wanting to pave the road to the 21st century?

For Abracadabra, the choice is clear enough. Trains all the way, into the jaws of whatever monster might be awaiting. But he is not so pessimistic as to believe in a monster. He believes that human hands are capable of solving all problems.

By now you’re probably wondering what on earth Abracadabra has to do with all this. Well, it goes something like this: the ABCs and 123s of the society we live in (whether we live in China or in Uruguay or in New Zealand) are the logic of convenience, of trains, of atom bombs, of x-ray machines, and child care centers. It is the logic of progress. Progress, whatever the cost.

But that is not the only ABC and 123 available to the human race. Some of us are trying, however haltingly, to speak another language, and to understand the society and the time to which we belong by means of a different system of signification.

Trains all the way, into the jaws of whatever monster might be awaiting.

For better or for worse, we, along with the entire animal and vegetable world, have always been subject to disease. We are part of a universe that decays. Nobody much cares for this state of affairs. But my friend Abracadabra truly believes that it would be a good thing to live in a world in which people could not get infected. Someone more wary, however, might point to all the instances of human folly and ask, “Shall we be complicit in that?”

We are all already complicit. The least we can do is refuse to be more complicit.