A tale of different deaths 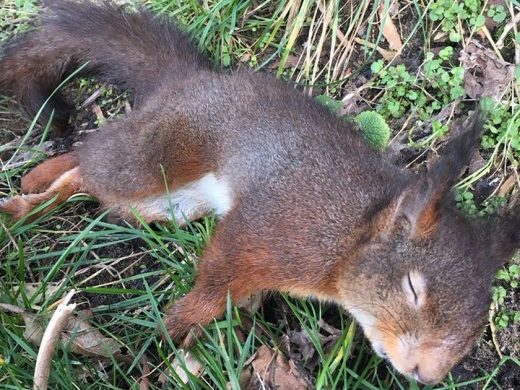 Dying is an imperfect art…
I

was sitting on the red couch in the side room we call the den, when my mother came in from having been in the garden. She looked as blowsy as the season, what with her plastic, flower print boots, and a few strands of graying hair escaping her scarf. She had something to tell me. But she wasn’t sure whether she should or not. It might make me sad. But it was really rather beautiful, and if she didn’t tell me I might stumble upon it unawares. “Just tell me,” I said.

A squirrel had died and its body was lying under one of the walnut trees. But she assured me that it was beautiful and entirely whole; there was not a mark of violence upon its body. It looked just as though it were sleeping. At first, that was what she had thought — that it was merely lying still beneath the tree. But all of us who have watched squirrels with any attention know that they are a race forever busy with the two most serious concerns of life — work and play. They do not know a moment’s stillness, at least not on the ground. So my mother went closer and found it lying still at the bottom of the tree, deaf, dumb, and deep in oblivion.

And if there were any mangled corpses on the road, it was “Lord have mercy” and “I’m done.”

Now this heightened sensitivity for my feelings is perhaps a bit much, nor is it entirely unwarranted. I have a history of being an utter and almost absolute wimp. To illustrate what this wimpiness looks like in daily life, I’ll tell you about my driving. I have been learning to drive for years, an endeavor that for a long time was going nowhere because of my hobbit-like tendencies. After all, driving a car is much like getting on a roller coaster, and what idiot gets on a roller coaster every day? So for a few years practicing once a week was more than enough. The other days were for recovery. And if there were any mangled corpses on the road, it was “Lord have mercy” and “I’m done.”

I am somewhat better at all this now, although being better depends greatly on how much quiet time I’ve had in between confrontations with the real world.

But earlier this year, there was another dead squirrel. I was out for a walk in the neighborhood and having quite a pleasant time of it. I passed a house where they had ducks and chickens, and then I saw a very fluffy, fat, black and white cat sitting on a tall stump. But a good walk, sadly, can always turn into a bad one. There, in the middle of the street, was a dead squirrel that had been hit by a passing car. If it remained there, everybody would drive over it again and again until finally its mutilated body would cease to resemble the living creature. It should not disturb me, but it does, this idea of repeatedly crushing something that was once alive.

I believe in God, and the afterlife, and in the judgement of souls. Squirrels, blessed creatures, being devoid of moral responsibility and therefore guiltless must be, as my sister says, “happy to be dead.”

I carried that squirrel in my hands, the small dead weight of its body weighing heavy upon me, and laid it down in the nearest bushes. It was pristine on one side, the side that faced the sky. But the other side was a different story: the eye must have popped out from the sudden pressure of being hit and its mouth was pooled with blood.

It lay the way some babies do, face snuggled into the pillows.

When I came home that day, I found my mother sitting on the red couch in the den, talking on Skype to my sister, from whom nothing about me can ever be hid. I think I went to wash the blood off my hands and then came back to the den. My sister looked at my face and said, “What’s wrong?” And of course I started crying. That’s when she said that about the squirrel being perfectly happy to be dead and how however horrible it may have appeared, it was dead and liberated from pain.

But this other squirrel that my mother came in to tell me about was not that squirrel. I went out to look at it and it was just as she described — perfect. It lay in a pile of leaves, not on its side but on its stomach. For all the world it looked to be merely sleeping. I even thought I detected just the slightest hint of breath, but I touched it and it was still. Not completely cold yet, but cold enough, and heavy. It lay the way some babies do, face snuggled into the pillows, fists clenched, bum in the air, legs folded.

I had every intention of burying it the next day, but it was gone by morning. Probably carried off by a hawk, or one of the dogs who come wandering this way. But they have a right to each other’s dead bodies.

In any case, I was glad to have seen it, this squirrel whose death held no more sadness than the ending of a day.

Naeema Naqeeb is the Assistant Editor of The American Mag. Naeema was born in 1992, in Bangladesh. She is American through her mother and Bengali through her father. She has lived in too many countries, and would be happy to remain in one place long enough to get to know it. For the moment, she lives in Kansas City, Missouri.