A genius with food 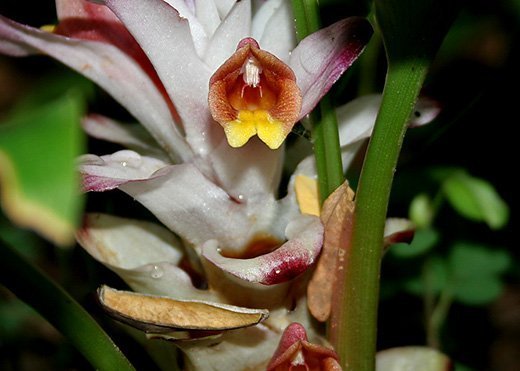 Curcuma may cause… Technicolor.
A

s we head into Thanksgiving territory, here’s a word of kitchen advice: treasure the pumpkin seeds. Along with nuts of all kinds they’re proven brain-boosters. But they’re certainly not alone.

Top of the list are fatty fishes — salmon, sardines, anchovies. Evidently, those who manage to eat fish two or three times a week may be doing their vision a favor. Many studies suggest fatty acids from fish play a key role in protecting adult eyes from macular degeneration, a condition that can permanently limit vision.

Berries also rate highly on the brain enrichment list, blueberries, specifically, packed as they are with antioxidants. I pine for the fresh-picked jewels grown by a friend in Oregon. But I love berries enough to eat even paupers. I hope my brain understands. If not, the blackberries may help teach it.

On we go to coffee. Let’s hear it for a creamy caffe with nice rich foam and a discreet touch of sugar. My own brain demands sugar only, thank you. And if you wish to engage said brain in any serious way and it’s still morning, get me an espresso (hold the guilt and let the brain run amok).

Some can’t do without green tea, which health nuts, Yoga lovers, and millions of others see as the key to eternal life, or close. The Japanese swear human longevity depends on its consumption. Maybe, but my wake-up java isn’t going anywhere.

Next up, curcuma, those cute little South Asian roots (including turmeric and Siam Tulip) you find at health food shops all over the world. Try to grate them into your food and find your hands turn bright saffron in the process. Heaven knows what your insides look like, so it’s best to steer clear of scans unless you want to be diagnosed as Technicolor.

But curry wouldn’t be curry without turmeric. It’s purported to give a jolt to ailing joints. You may not be able to remove the stains it can cause on clothing, but the curry is worth it.

Thank heavens the egg is also a serious brain booster. I wouldn’t give up my scrambles, soufflés, omelets, or oeufs mayonnaise for all the chai in Shanghai.

Now it’s veggie time, as in Broccoli Romano, cima di rape, cicoria, and spinach of course. Antioxidant veggies abound. Frankly, I’d be happy eating only rape and broccoli with an occasional chunk of good Parmesan — at least for a week or so. But some tummies (ignorant of brain needs) just say no to broccoli.

Maybe it’s better to close things out with chocolate.

Chocolate charges up serotonin levels and boosts energy. Antioxidant properties aside, it tastes good (sorry, broccoli). Years ago, I had a friend who hated chocolate. The friendship didn’t last.

As for those pumpkin seeds, they contain copper, zinc, iron and magnesium (best you steer clear of magnets!). Extracting fresh and gooey pumpkin seeds isn’t my favorite pastime. In fact,

I’m pretty sure canned pumpkin or fresh, pre-cleaned, steamed chunks might be just as good for the cerebellum as the seeds, and less messy.

Which brings me to a P.S. that includes maple syrup, toasted pecans, fresh eggs, vanilla, and a pinch of salt —more brain food for my Thanksgiving pie. I may fall short of genius status, but the pie will taste good.